This Vegan Black Eyed Peas Curry with Ground "Beef" is a bright, delicious, Indian-style chili-like dish with the intoxicating flavor of spices. 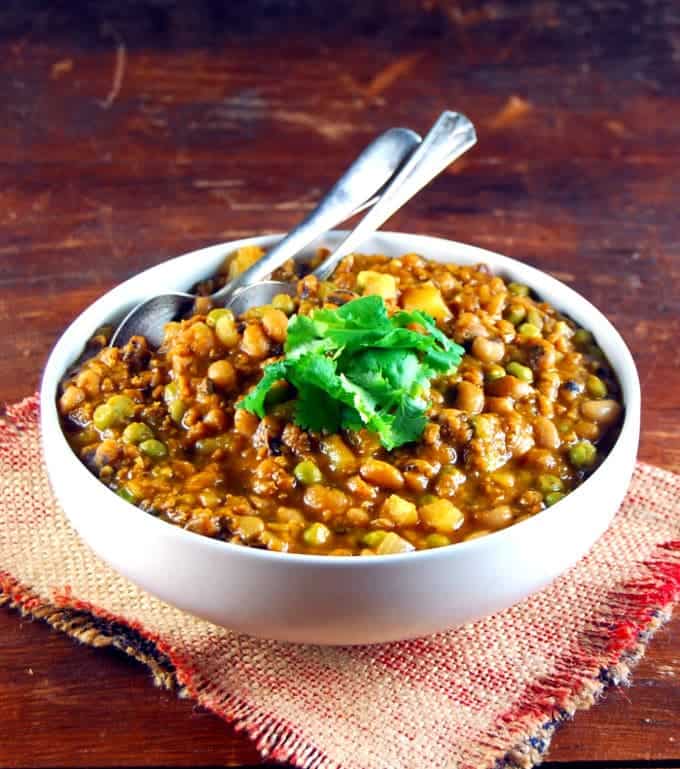 But first, isn't the internet a maddening place. Despite being fairly nimble at navigating this world, partly because I am a blogger and mostly because I am curious about everything, I often wish it didn't exist.

For one, there would be no social media. Bliss. I mean, did you really miss all those people from third grade you would rather have --and had -- forgotten, but are now obligated to friend because otherwise they are going to think you grew up to be a bitch? Do you need to know which coworker went for a jog along the beach in San Diego yesterday? And honestly, does anyone need to know what you ate for breakfast today, or what it looked like? 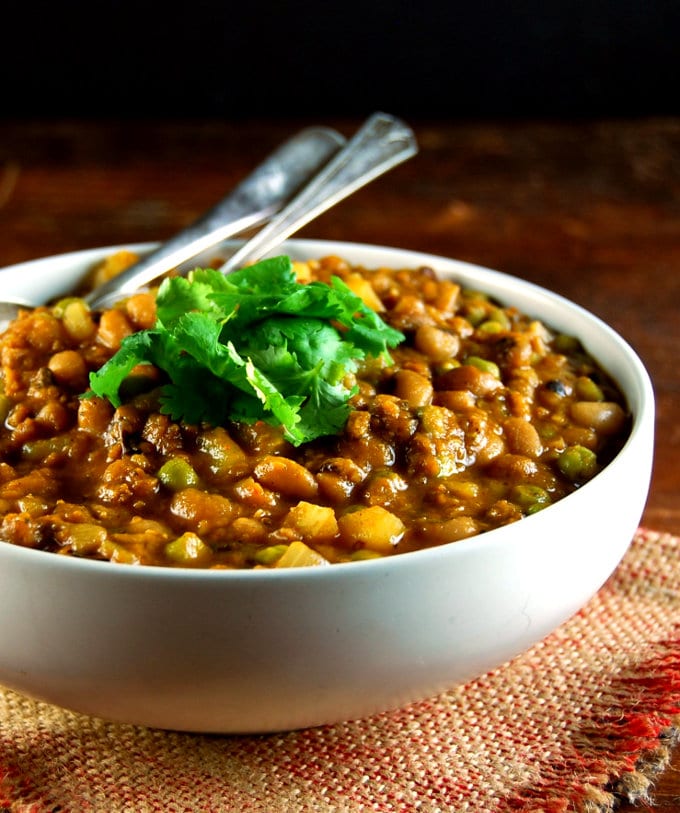 For another, would we really have this mass explosion of mediocrity around us if it weren't for the internet? Time was when newspapers-- and smart people working there -- brought us the news, and they told it (at least most of the time) the way it was. Bestsellers were written by people who knew how to put words together (take heed, E. L. James). And recipes came from cookbooks written by people who had spent years honing their craft.

Now, it's a free for all. Thanks to the internet, we are finding out that everyone in the world thinks he or she is a writer. And that everyone has an opinion they think everyone else wants to -- or should -- hear. It's a world where Buzzfeed outranks the largest newspapers, authors "self-publish" the crap no publisher will buy, and blogs proliferate by the millions because, hey, it's free and doable so long as you have an internet connection and the ability to type. No talent needed. 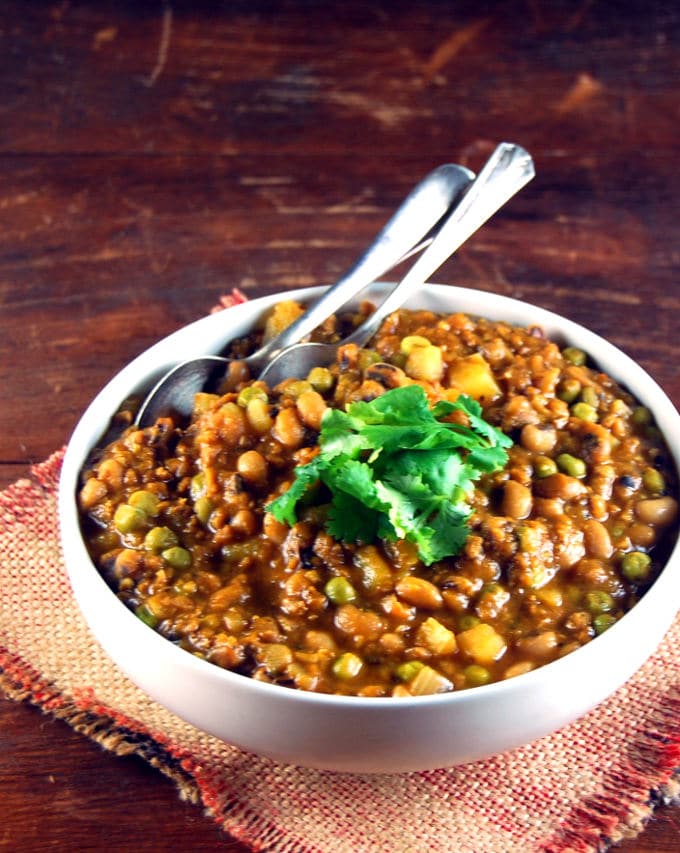 So anyway, here I was, having these dark thoughts, when Jay came around inquiring what was for dinner.

I switched gears and, urm, googled up recipes for black-eyed peas, which were on my mind. I love these little darlings because they are not just flavorful and healthy, but they also cook up rather fast compared to other beans. Of everything I saw, the one that stuck was a recipe for Lobhia Keema, which translates to Black Eyed Peas with Ground Beef. It sounded a little strange to combine ground meat with beans -- for Indian cooking, that is -- but then isn't that what one does in a Vegan Chili with Avocado Crema? So I pounced on the idea and ran with it.

I set out to make my Black Eyed Peas stew rather like a Rajma, using the same spices and seasonings, but the dish I got at the end was nothing like Rajma-- it was just as delicious, but differently so. I packed it with veggies and the meatless beef I used added a ton of texture and bite, both very welcome. This recipe also provides a protein blast, in case you are in need of one. And who isn't?

The Lobhia Keema was a hit in our home-- I served it over some brown rice and Jay asked for seconds, as did Desi.

As for me, I am friends with the Internet again. How did we actually live without it? 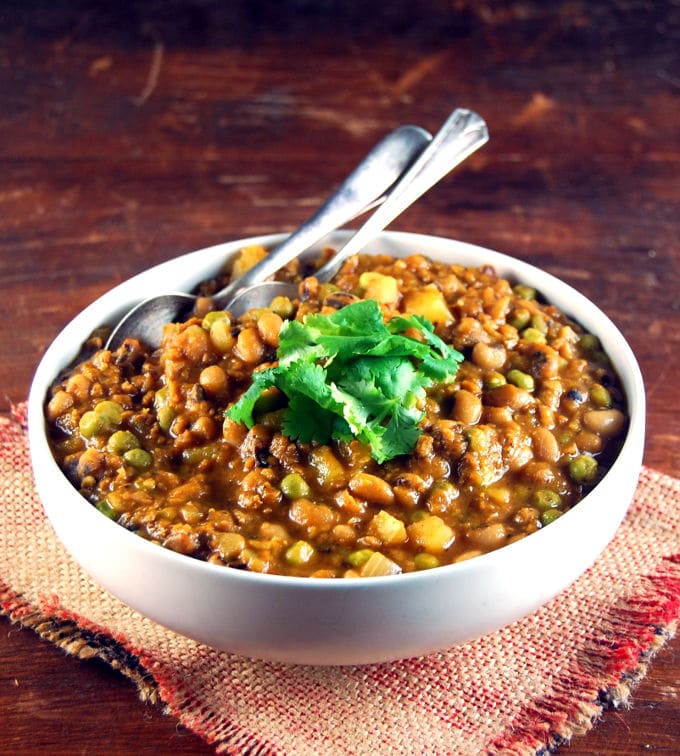 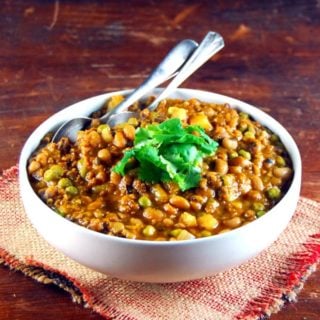