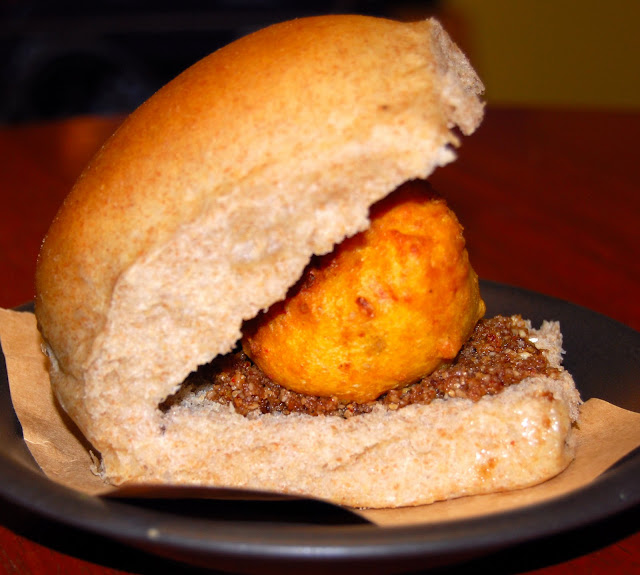 Whether you're rooting for the Steelers or the Packers, there is no way you can lose at your Superbowl party with this classic snack straight from the streets of Bombay.

I like to think of the vada pav as an Indian hot dog-- a spicy, deep-fried, incredibly crispy potato dumpling cradled within a soft, fluffy roll and smeared with some exquisitely red-hot garlic chutney. Its many layers of flavor, textures and its stark, rustic simplicity make it one of the most beloved street foods of Bombay. You can find vendors at practically every street corner in the city frying the red-gold vadas in bubbling hot oil and serving them up to salivating customers faster than you can say "vada pav."

When I was at school, the cafeteria served up vada pavs for as little as a rupee, which is about the equivalent of two cents. I don't think any of the kids even considered eating anything else-- I certainly didn't. And although I am sure it costs much, much more now, thanks to rapid inflation in India over the past few years, it is no doubt one of the most affordable snacks you can find anywhere in the city.

I try to make my vada pav healthier without taking away any of the flavor by making the pav, or the tiny roll that the vada is cradled in, with whole wheat flour. This is a recipe I'm really proud to share with you because it's just so darn good. I used some wheat gluten flour to help build the bread's structure and it was just as cushiony and soft as the traditionally white pav. 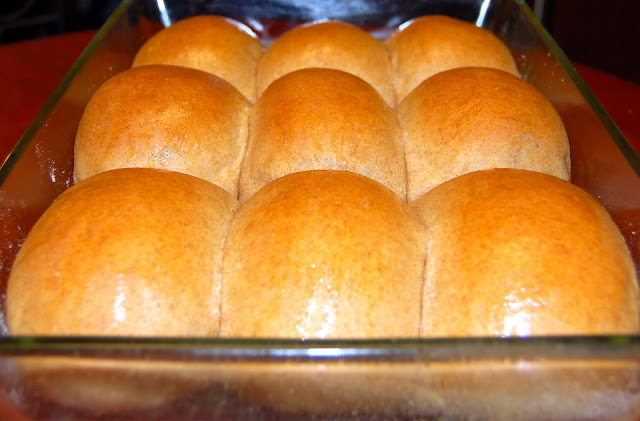 The vada and the pav can both be at room temperature when you serve them, which means you can do most of your work beforehand so you don't have to be running around when everyone else is having all the fun in front of the TV.

Happy Superbowl viewing, all! And may the best team win. 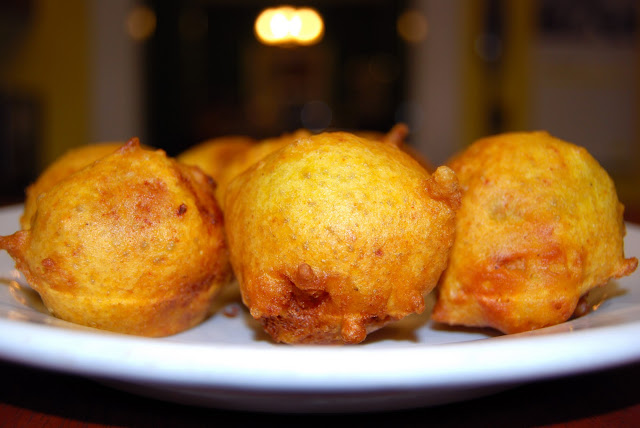 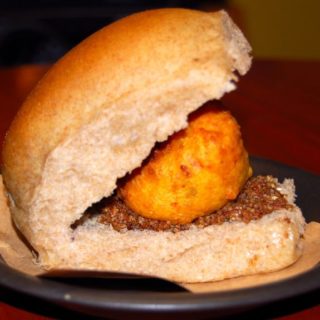 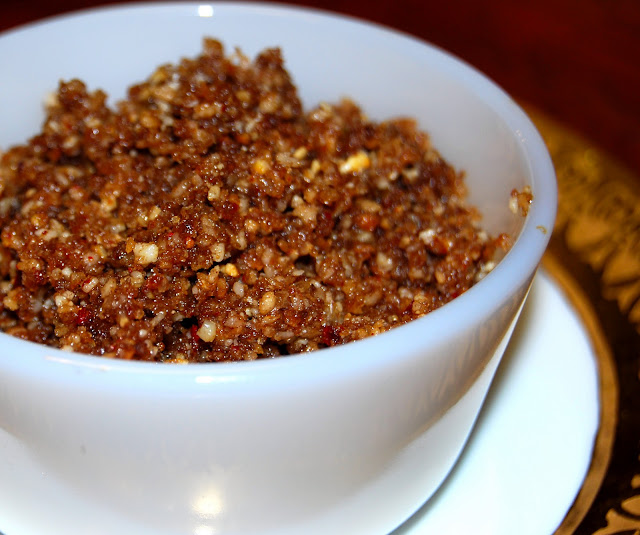 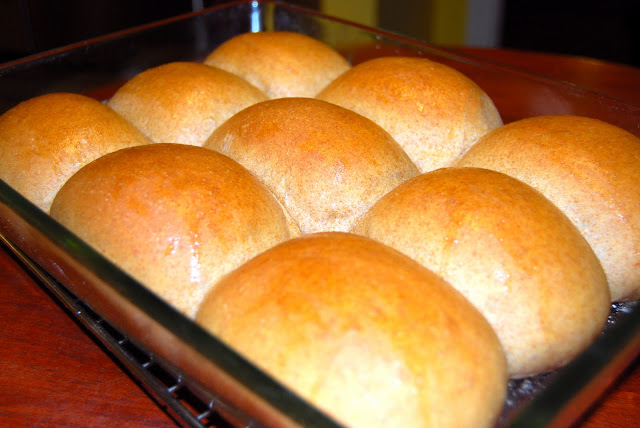 To assemble the vada pav, make a slit through the center of the pav without going all the way through the bottom. Slater the bottom with some of the garlic chutney, place a vada on top, place your thumbs on the underside of the pav and your fingers on top, press the top and bottom together, and dig in. 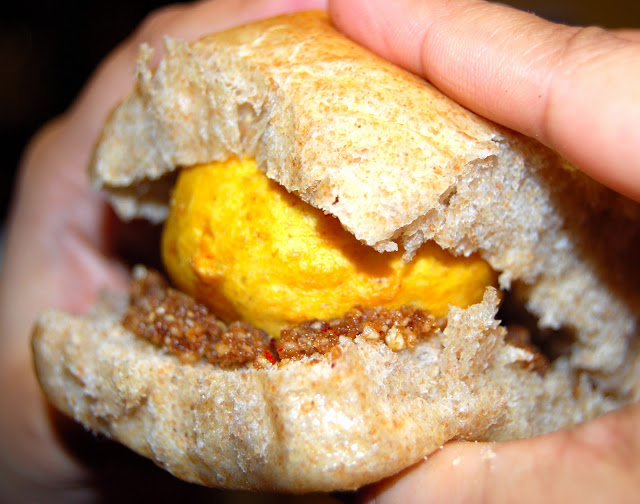