Crispy, delicious and traditional, these vegan falafel make the perfect snack or meal. 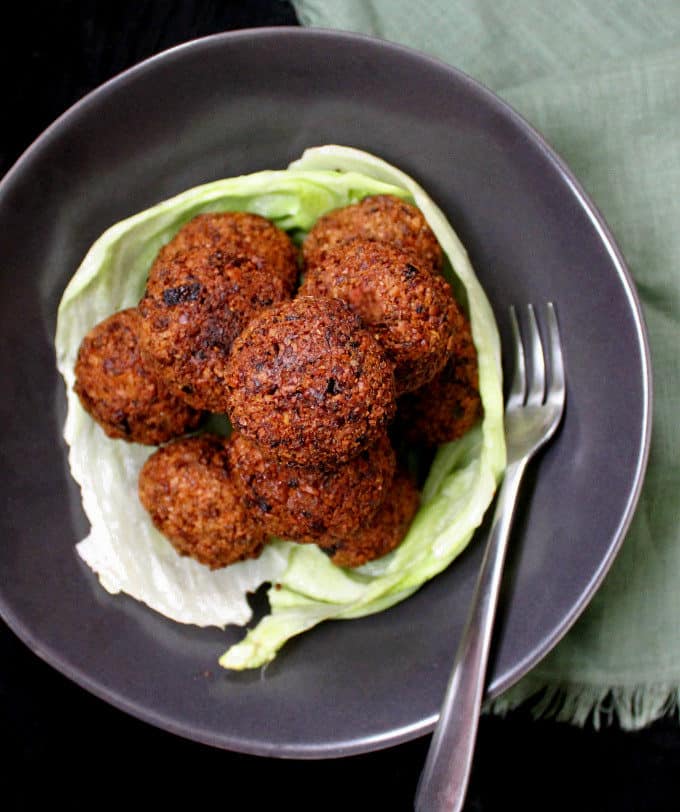 Who doesn't love falafel? It's one of Jay's favorite foods and I make them so often, I surprised myself when I realized I'd never shared the recipe with you before.

I know you probably weren't waiting for it with bated breath, and you maybe don't need it anyway because the web is filled with a million different ways to make falafel, but this is my way, and it's a good one, so here it is. 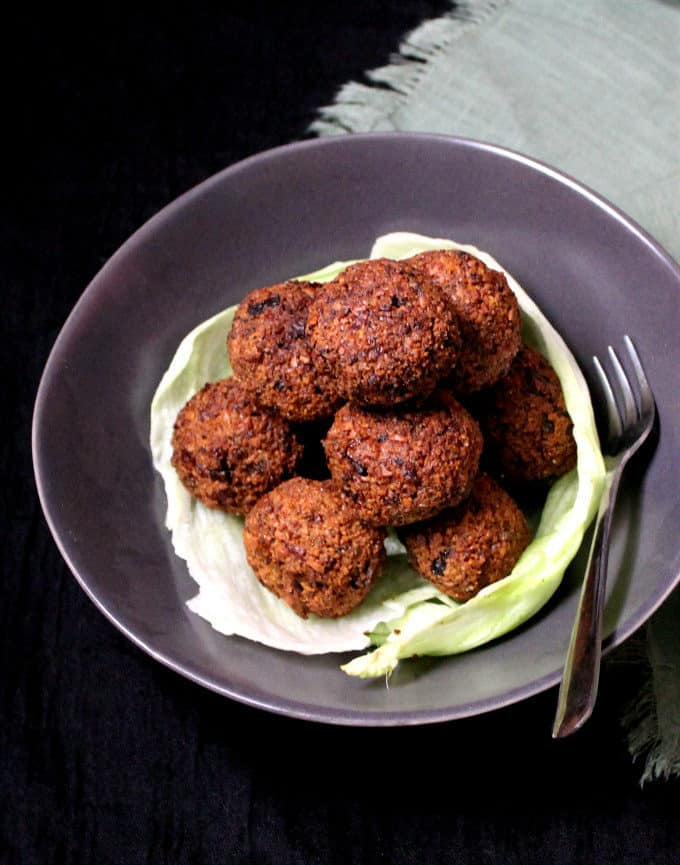 The way I make falafel is quite traditional because there are some things you simply don't want to -- or need to -- gild.  So this falafel is deep-fried, not baked, or air-fried, or pan-fried, or whatever. But I find that when I fry with the oil at the right temperature (350 degrees), the falafel don't glug up any oil and are not greasy at all.

The main ingredient that goes into falafel is chickpeas, of course, and the first rule of thumb I learned when I started to make falafel was to never, ever use canned chickpeas. I learned this the hard way -- by doing it and regretting it. There's something about the smushy, soft texture of cooked chickpeas that, while great in some dishes, simply doesn't lend itself to the same crispy mouth-feel so essential to a good falafel -- the kind that you get from dry chickpeas reconstituted by being soaked overnight in water. And while I'm as eager as the next person to get things done fast, I also believe there are some things that are worth making time for. 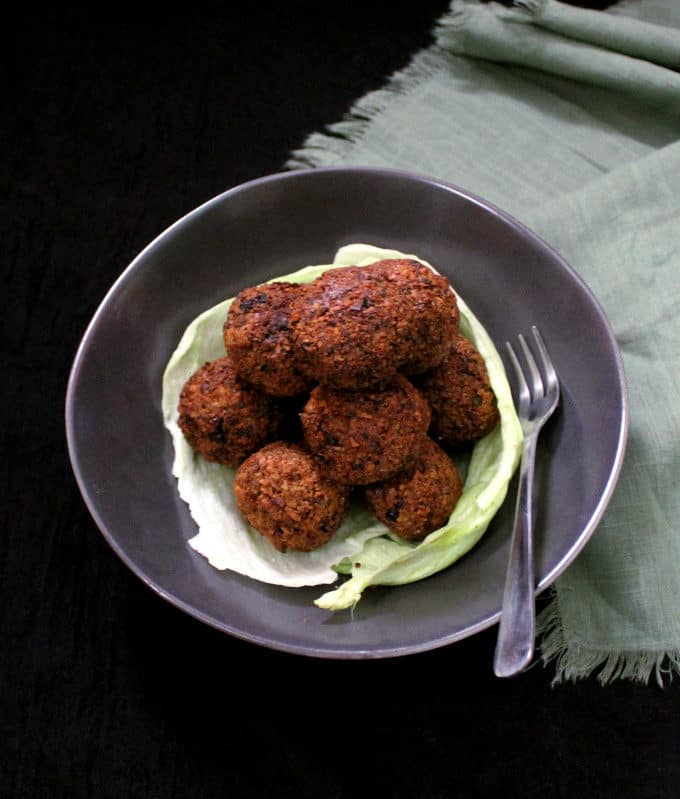 Not that falafel is a time-consuming enterprise-- it isn't. So long as you remember to soak your chickpeas overnight or for eight hours, you can have falafel on the table or in your lunchbox within 30 minutes. Your food processor does most of the work here, and all you need to do is chop up an onion and a few parsley and cilantro leaves, and crush up a couple of cloves of garlic.

If you cook middle eastern food, or even Indian food, with any regularity, you probably already have the other ingredients you will need for this falafel already in your pantry: cumin, coriander, cracked wheat (quinoa makes a fine substitute), turmeric and cayenne.

Making the falafel couldn't be easier. I just throw everything but the onions into the food processor and let the machine do the work of processing the chickpeas to a cornmeal-like texture. Don't throw the onions in because they will let out too much liquid. But be sure to mince the onion fine.

I'll leave you now with the recipe, and I hope you'll try it. If you do, be sure to come back and let me know! 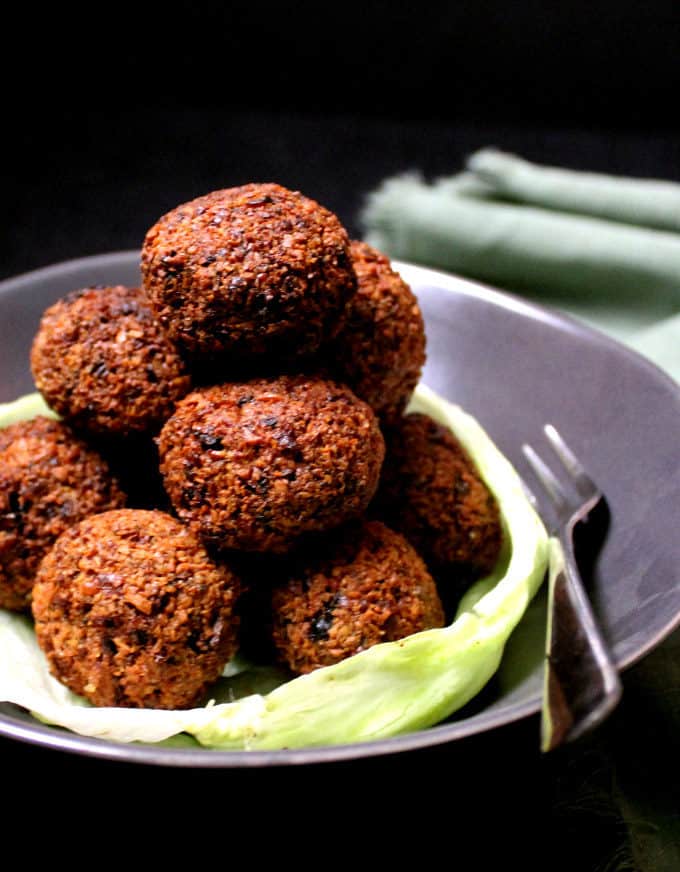 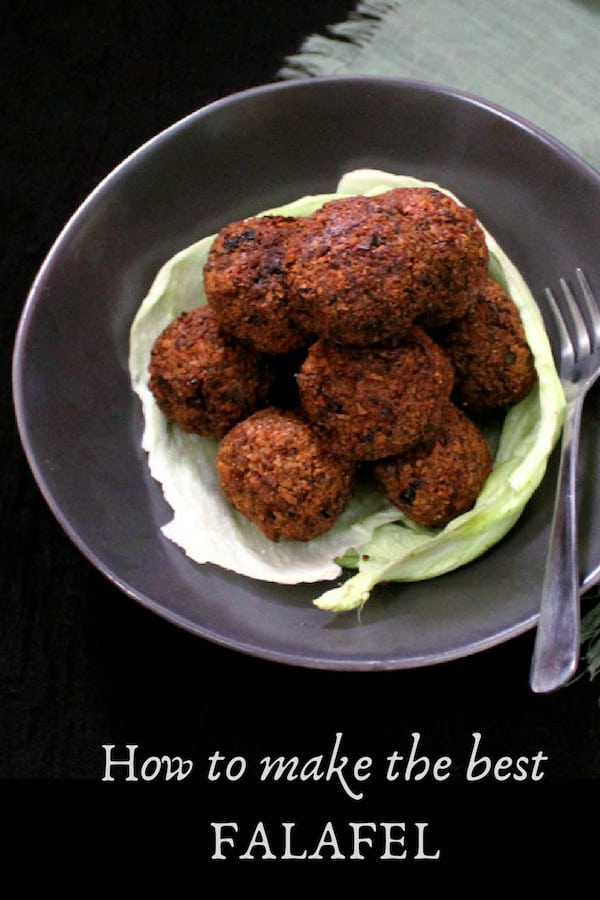