The cooler weather brings with it the inevitable longing for comfort foods, and what can be more comforting than curling up with a warm bowl of stew? I have dozens of recipes for belly warming vegan stews in the archives, and I wanted to list for you my 20 favorites, the ones I make again and again and never get tired of. 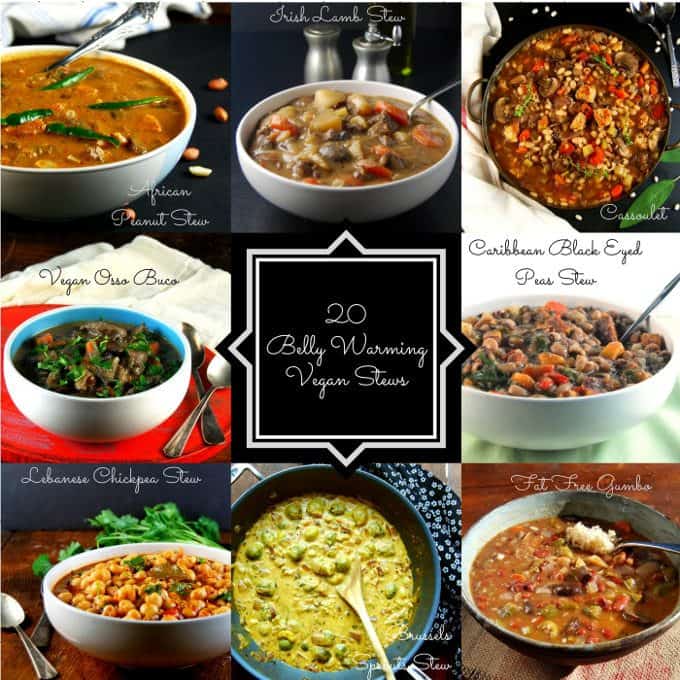 Stews are popular in just about any region around the world, and among my vegan stews are recipes that span the globe, from a French Cassoulet to a Cuban Black Bean Stew, from a Lebanese Chickpea Stew to an Ethiopian Lentil Stew, from a Caribbean Black Eyed Peas Stew to an Indian Dhabay ki Dal, from an Italian Osso Buco to an Irish Lamb Stew (both vegan, of course), from a Goan Feijoada to a Moroccan Chickpea Stew.

But as different as these recipes for vegan stews are from each other, they all have one thing in common: ease of cooking. If you have read this blog before, you know I like no-fuss recipes that don’t require a lot of time, because as much as we all love to cook, it is not the only thing we have to do all day, right? Most of these recipes come together in minutes, can easily be made with canned beans and frozen veggies, and they are naturally healthy. There are even fat-free recipes here, including my Vegan Gumbo, and Crockpot Black Eyed Peas Stew.

Almost all of these recipes, even the gumbo which usually requires a wheat flour roux, are gluten-free. I can also vouch for the fact that most of these are also kid friendly. Jay loves the bean stews, and he especially loves the “lamb” stew with its savory melange of herbs. And if you love cooking in the crockpot, as I do, there are a few slow cooker recipes here too.

So go, get some crusty bread or brown rice, and sit down to eat a bowl of piping hot stew. It’s comfort food for the soul. 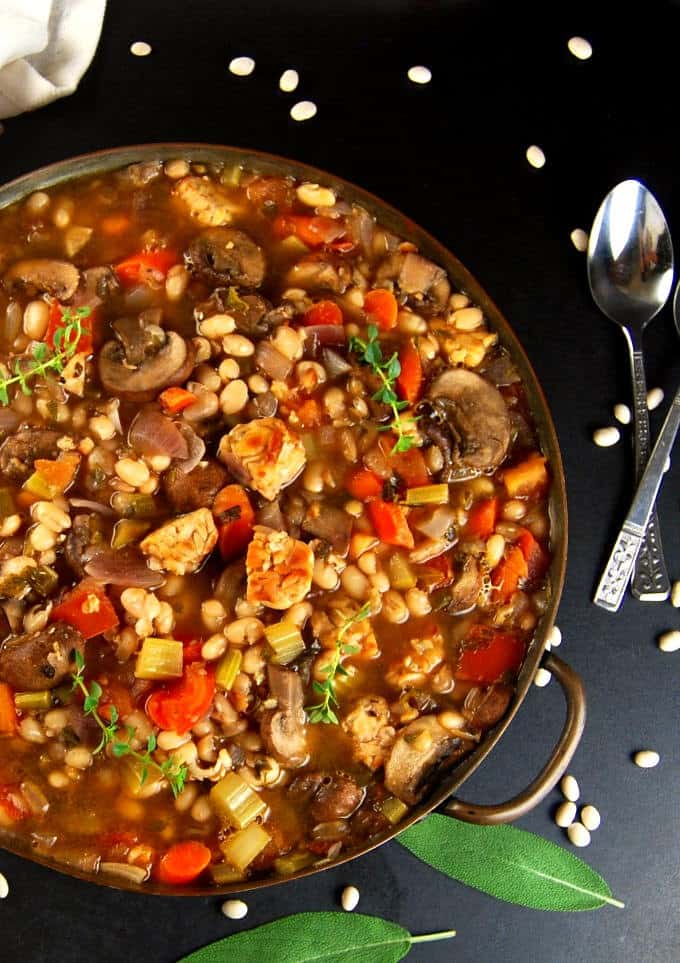 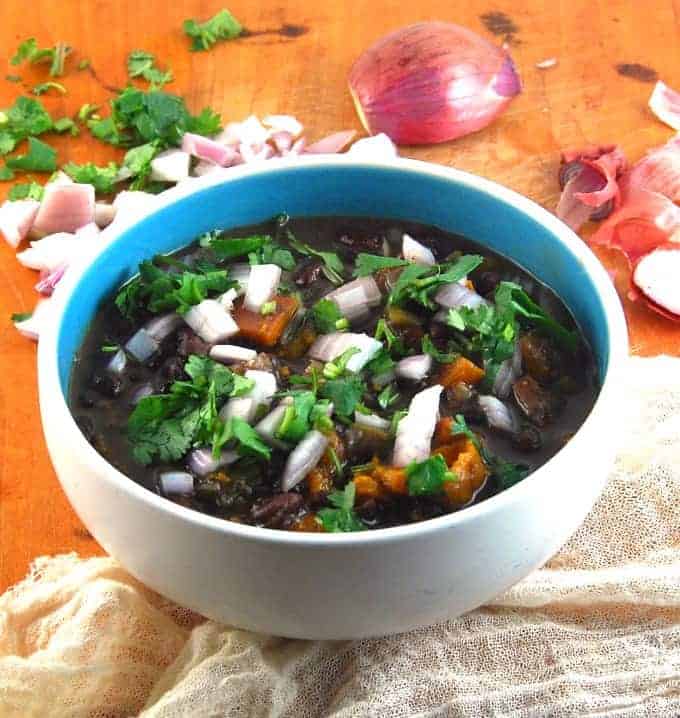