Khasta Paratha, which translates to a flaky flatbread, is a unique treat that just begs to be torn apart with your fingers, dunked into a spicy curry, then popped into your mouth. 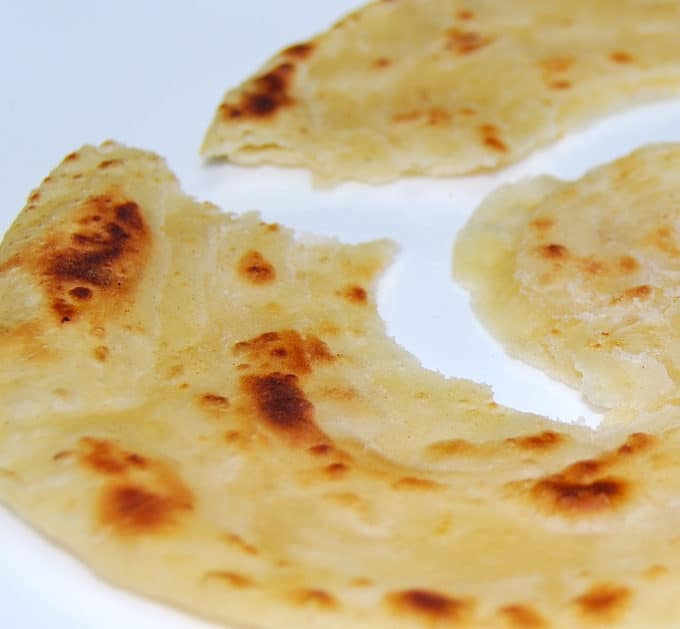 I've seen as many versions of this dish as there are cooks. Some recipes are rather straightforward and not unlike those for other flatbreads like rotis. The problem is, they end up looking and tasting no different than rotis. Others, modeled along the south Indian parotta, require tons of technique -- enough to make you throw up your hands and call in for chow mein. 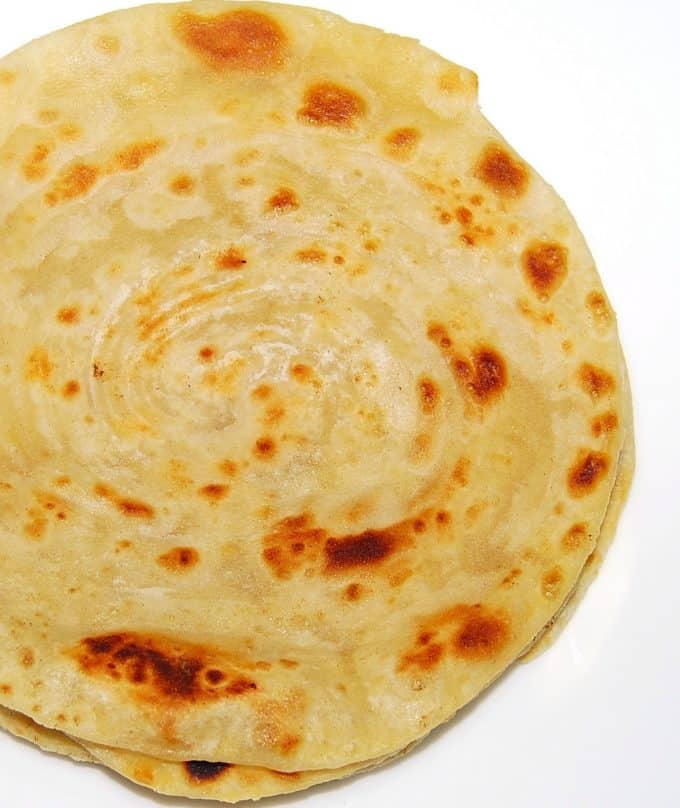 My recipe produces a result that's not just crispy and layered and flaky and uber-delicious (exactly what a Khasta Paratha should be), but it's also easy enough that a child could make it. Really. I do away with all the complicated rolling instructions and instead use a technique not unlike that used for puff pastry (a trick I learned from watching Sanjeev Kapoor, one of my favorite Indian TV chefs). All you need is some time, and that's not dedicated time because you don't have to stand over a stove slaving away or anything like that.

My Khasta Paratha also does away with ghee, which is traditionally used in this dish and which, of course, is a cholesterol-packed animal product. Instead, I use heart-healthy canola oil. Use any flavorless vegetable oil you have on hand.

I made these parathas this past weekend and we had them with My Dad's Not-Mutton Mushroom Curry-- one of my most cherished recipes from this blog. Trust me, I wouldn't just pair it with just any old bread. 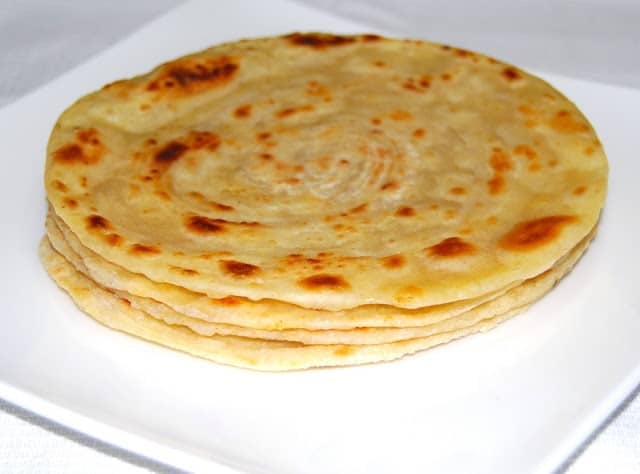 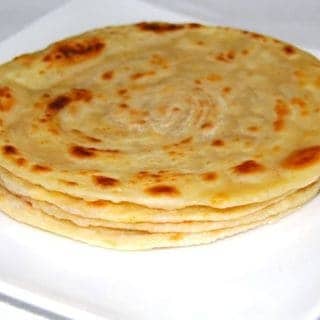 For a part-whole-wheat version made with a more traditional technique, try my South Indian Parotta.