You are here: Home | All Recipes | French Fries, Guilt-Free 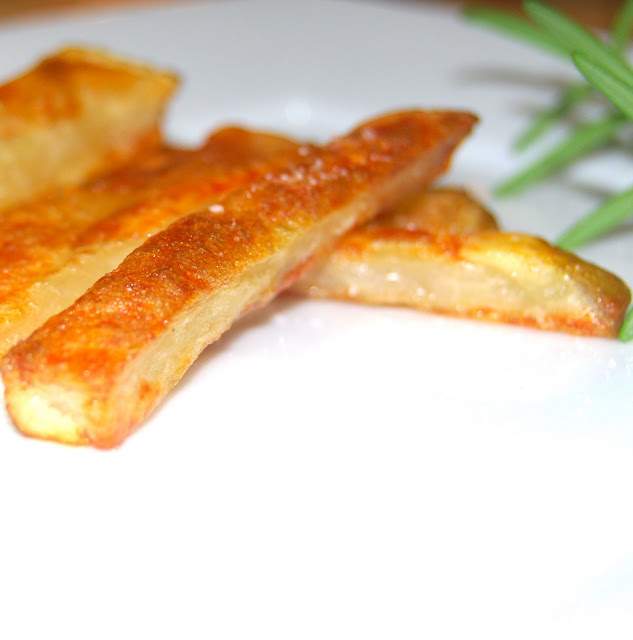 Oh, that Potato. He's not much to look at, he's covered in dirt each time you meet him, and he's even a little chubby around the middle. Besides he has that annoying habit of clinging to your waist and never letting go.

All your friends think he's not good enough for you, and they don't mind saying it to your face.

So why is it then that each time you determine to be good and eat "healthy," you are left with a Potato-shaped hole in your tummy that no other food will fill?

Probably because no one packs as much flavor muscle as good ol' Potato does. He appeals to the pickiest, finickiest tastebuds. He is delicious baked, fried, boiled, roasted, sauteed, smothered and mashed. And when you're feeling a little blue, you know he's just the one to give you that sure-fire pick-me-up on a plate.

Here's an open secret that most of us tend to ignore: Potato's actually quite a health nut. It's not his fault that people skin him alive and then drown his deliciousness in fat, when he can be just as fabulous in his jacket and fat-free. And he is naturally fat-free, never mind that chubby middle of his. He's loaded with potassium, fiber, vitamins B and C, iron, and magnesium. Besides, for heaven's sakes, he is a vegetable. Aren't you supposed to be able to eat those without feeling like a pig?

I know I come to the spud's defense all too often, but that's because I love him truly, madly, deeply. I always have. As a child, the only thing I ate when I ate outside the home was potato chips--thick wedges of potato that were India's version of french fries. My dad can even tell you a story about how, the first time I decided to make potato fries at home, I ate them all up before I had finished frying the last batch. Really. And Desi could tell you how every ounce of resistance and resolve I have melts when I know there's a bag of potato chips in the kitchen cupboard -- and how I don't rest until each little salty bit is safely in my tummy. (I think it makes him a little jealous.)

But notwithstanding my love for unhealthy avatars of the Potato, I have over the years tried to satisfy my craving for him by cooking him up rather healthily in my kitchen. As you might have guessed by now, one of my constant quests is to try and make guilt-free potato fries that I can eat any old time I feel like it.

And I think I've found just the recipe.

To make my guilt-free potato fries, I boil my potatoes before I roast them to golden deliciousness in an oven with just a touch of sprayed-on oil. The boiling serves two ends: boiling potatoes removes a lot of the starch in them which in turn brings down their glycemic index (that's a good thing). And when you remove the starch, the potatoes get even crispier when you bung them into a screaming-hot oven.

This recipe is about technique, really, so read it carefully. Have a great weekend, all! 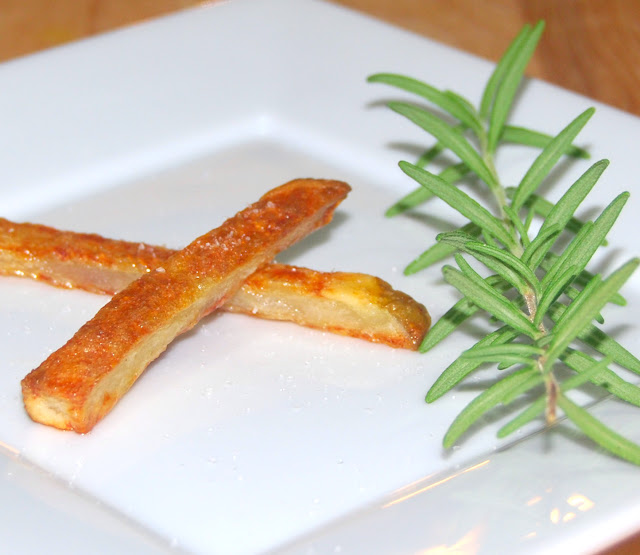 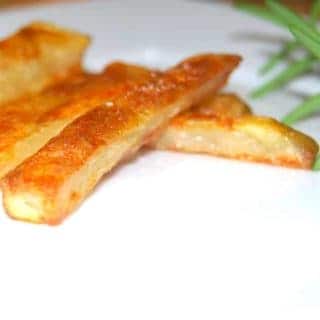 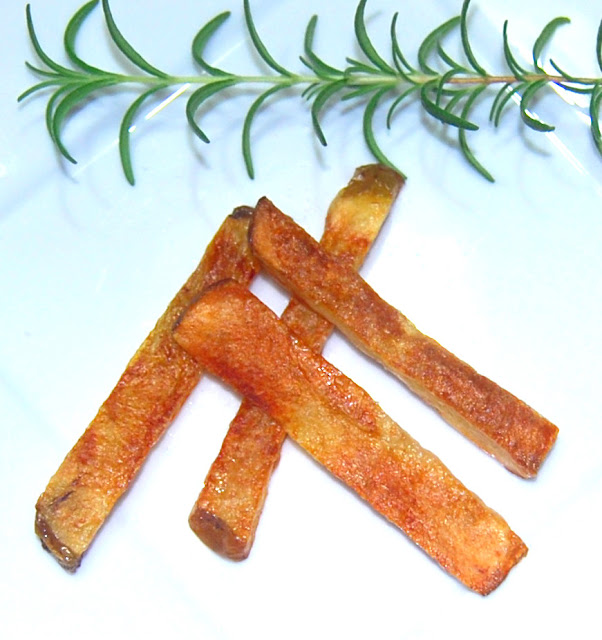