In this delicious, tender vegan olive oil brioche, aquafaba stands in for the eggs. The texture is light, feathery, and with a tight crumb, exactly the way a brioche is meant to be. 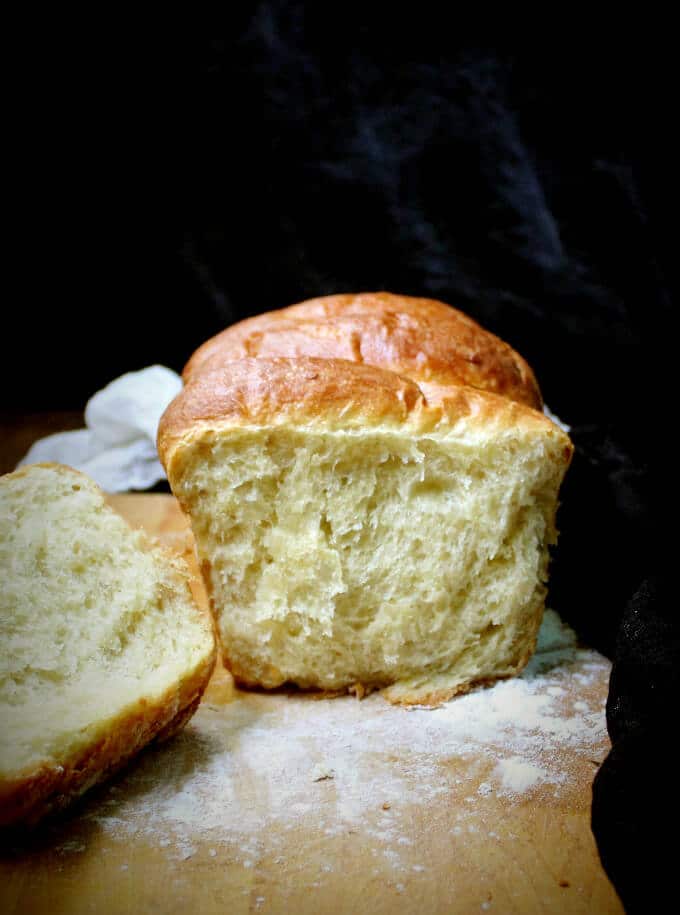 There is something rather addictive about a brioche: a goodness so subtle, it makes me wonder if the guy or gal who uttered the phrase "je ne sais quoi" for the first time ever was tucking into a brioche at the time. 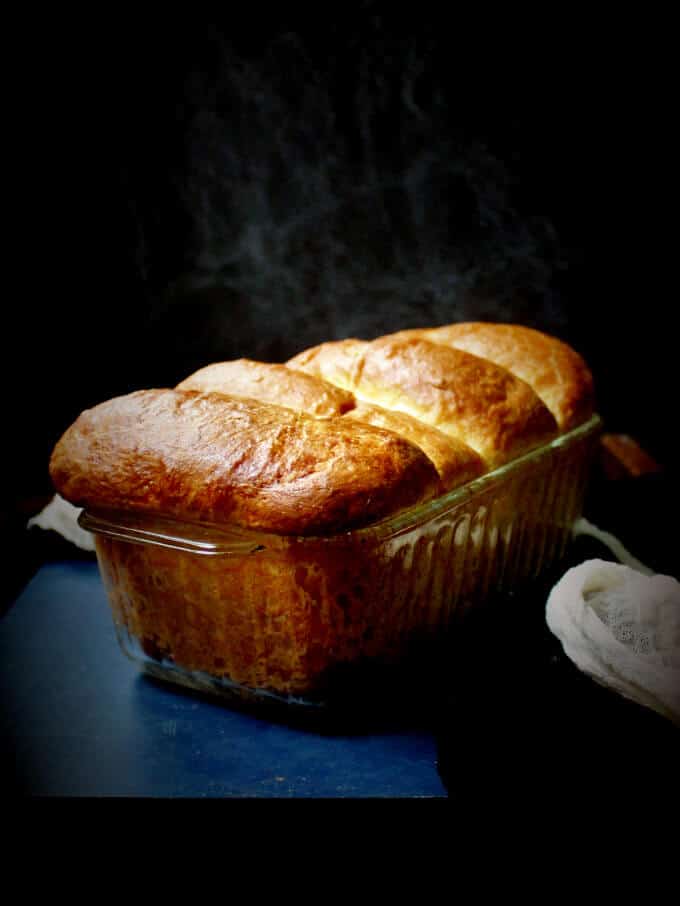 This rather hallowed French bread has a light but close-knit, almost feathery, crumb, an elegant, barely-there sweetness, and a flaky, golden crust that melts in your mouth. To say that to eat a brioche is to fall in love with this bread would be understating it, but I am going to say it anyway.

I have baked many a brioche in my day, and the traditional recipe uses a ton of butter and eggs to get that incredible texture and flavor. A few years back, I shared with you on this blog my recipe for an Avocado Brioche: a healthier way to have your brioche and eat it too. It's a fantastic bread that I make over and over.

But this time I wanted to try out something a little less green 😉 and more authentic (that is if the French would ever consider olive oil and aquafaba an "authentic" replacement for butter and eggs -- jamais?) 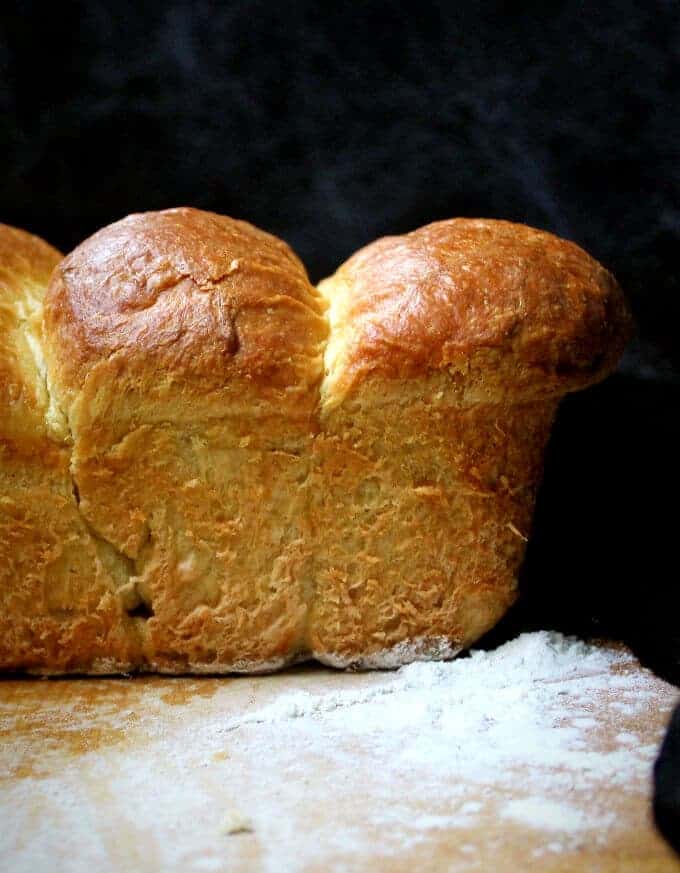 My Vegan Olive Oil Brioche with Aquafaba is a must-try if you love baking, but I'll warn you at the start that it is a labor of love.

The bread needs two rises, as all brioches do, and the process of kneading the olive oil into the flour is a pain royale. But how else are you going to feel like the accomplished, get-your-hands-dirty-and-flour-all-over-your-hair baker that you really are?

While making a brioche, you beat in the fat after the dough has been mixed, and when you're mixing in butter, which is semi-solid at room temperature, the process goes by quite smoothly. But when I dumped in the olive oil, my dough just flapped around in a pool of oil for a long time, giving me the jitters. Was my brioche doomed? Would I have to dump all that oil and make do with an unsatisfactory loaf, if it was edible at all? 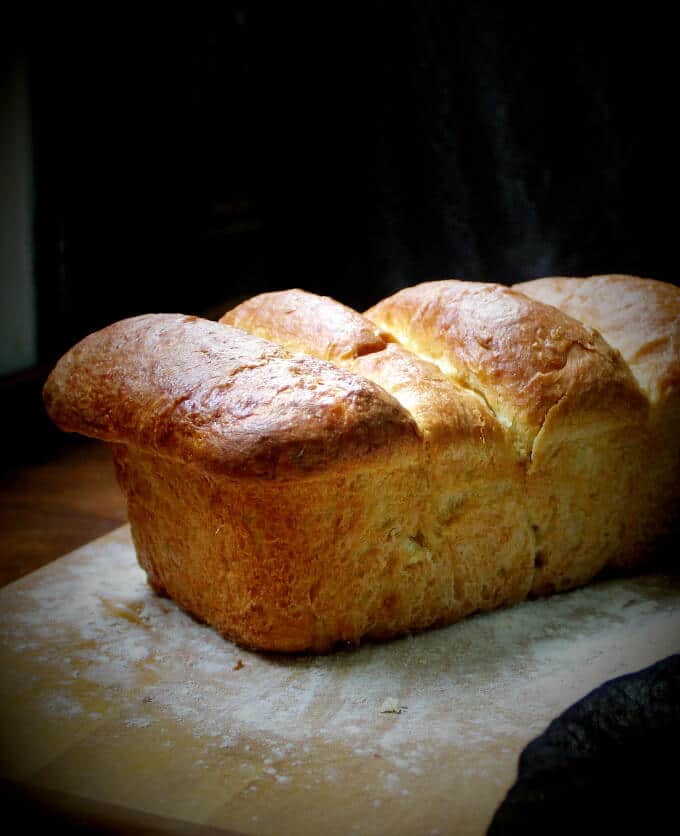 But I soldiered on and although it took all of 25 minutes in my KitchenAid on medium speed, the dough did, in the end, incorporate all of the oil. Ouf!

Lesson? Patience. (Of which you need oodles, or you wouldn't be making bread anyway.)

I baked my brioche in a sectioned loaf, made by shaping the dough into four even balls and stacking them side by side in the loaf pan. But you have some liberty with the design of it. You can make smaller balls and put them in the pan, which would make a rater cute loaf, or you could simply bake the bread into a single loaf without sectioning anything. 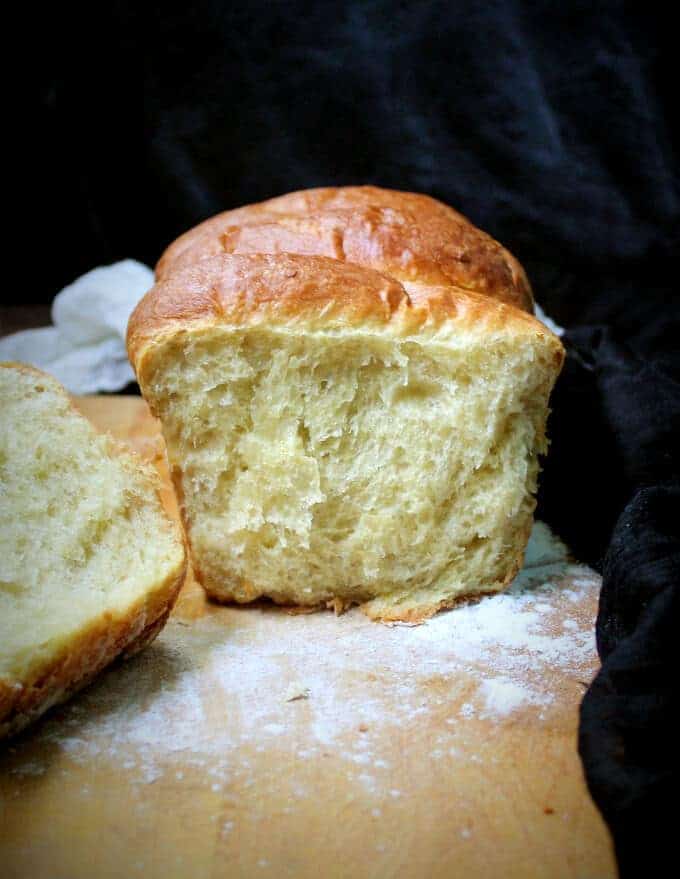 If you have brioche molds, use them to make 12 cute little brioche rolls with this recipe, but cut baking time down to about 12-15 minutes.

I have been experimenting with aquafaba in my breads, and you might remember the recipe for my Chocolate Vegan Babka where I used aquafaba or chickpea brine (the stuff left behind in the can after you've taken out the chickpeas) in lieu of eggs with great success. The aquafaba worked great in this brioche recipe too. In fact, I couldn't have been happier with my decision.

Here's the recipe for my divine Vegan Olive Oil Brioche with Aquafaba. Hope you try, and bon appetit! 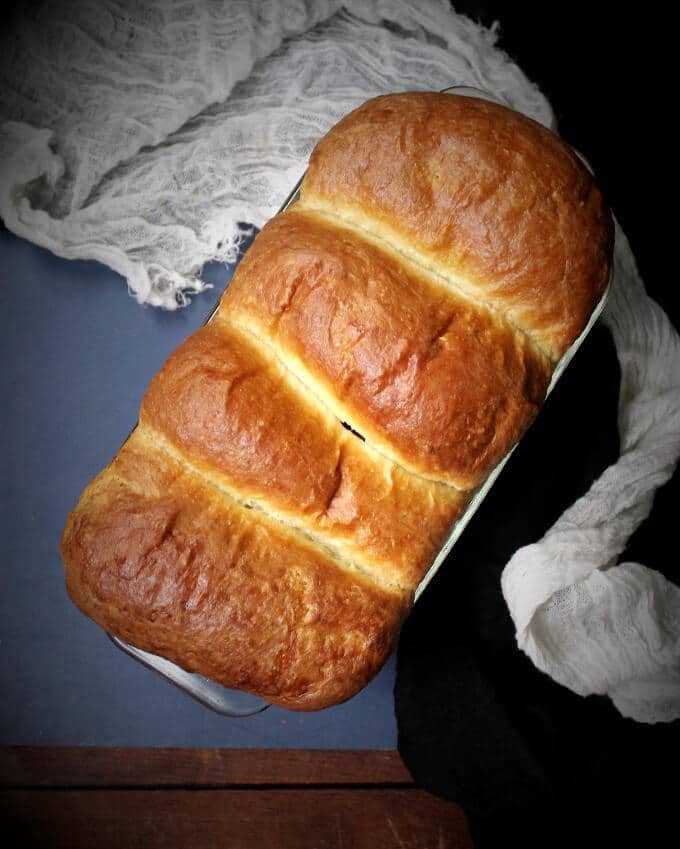 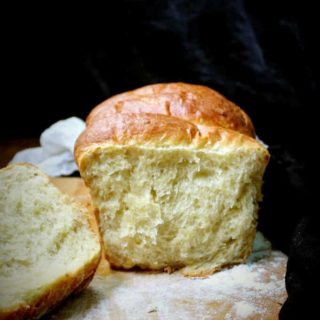 This is a rather sticky dough, so don't think you did something wrong if it clings to your fingers. It should come off easily, though. Use the exact proportion of ingredients recommended and make sure you follow instructions closely for good results. I do recommend using a stand mixer for kneading this bread, because the amount of oil you need to incorporate into the dough would make it rather time-consuming and tough to knead it by hand.
Tried this recipe?Let us know! Or post a photo on Instagram and tag @HolyCowVegan

More bread recipes from the blog: