A delicious, low-fat recipe for Vegan Dal Makhani, lentils in a buttery sauce with garam masala. Cashew cream adds smoothness without the dairy. 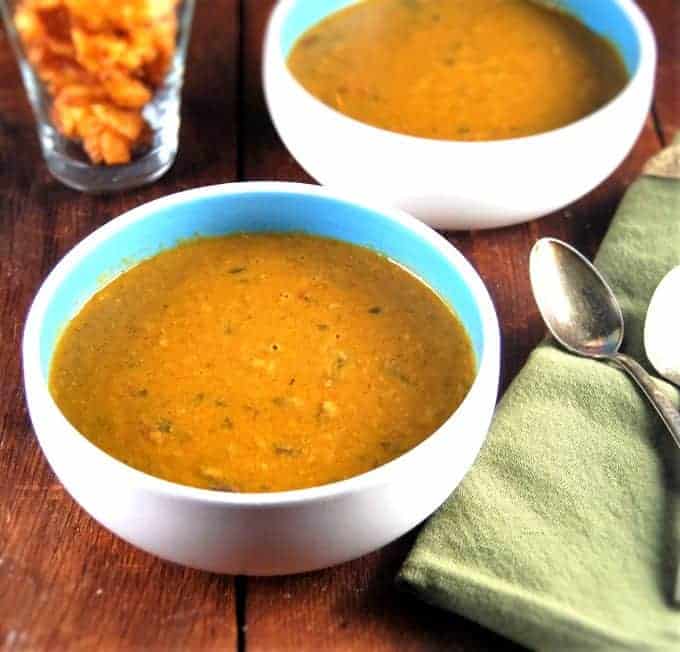 I am back after an unannounced — and unintentional — break, and I come bearing goodies.

But first, where was I? Well, right here, doing the things I mostly do. In the past, the two long breaks I have taken here at Holy Cow! have been for momentous reasons: one was the death of my beloved Lucy, the dog who turned me vegan. The other was the time Desi and I traveled to India to pick up our son, Jay. But this time, I have no such excuse. Instead, I was away for somewhat selfish reasons: I was taking some time for me. 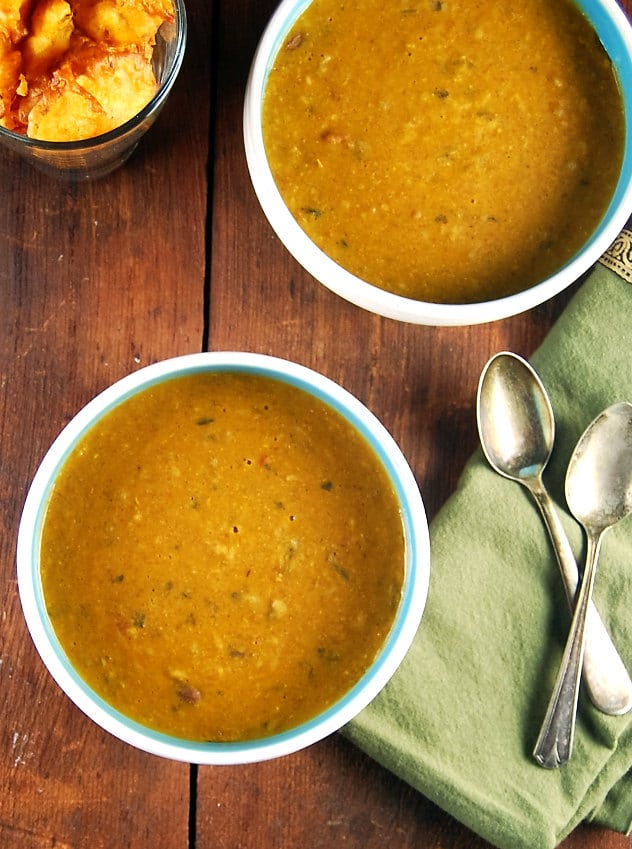 For the seven years I’ve blogged here at Holy Cow!, I’ve been working full time, and running my home and this blog, and with Jay’s arrival a year and a half ago, things have gotten busier than ever. These past couple of months my already busy job placed even more demands on my time. As a result I was sleeping even less than the few — and way less than enough — hours I usually sleep. I realized I wasn’t eating on time, starving myself for hours, then eating anything in sight, and doing all those things I should not be doing.

So I decided to take my life and put some order back into it. I was going to eat on time, get back to exercising regularly, and make Me a bigger priority than I’ve allowed myself to be for the longest time: something we women are so often guilty of. I had to find the time to do this somewhere, so the blog ended up being the unintended casualty — for a few weeks.

Some of you missed me, and sent me lovely notes, and I am so grateful. To you, I apologize for the unannounced absence. I have more than 700 recipes in the archives, and I hoped there was enough to browse through — and cook, if you felt like it — until I return.

At times, when I started to feel guilty, I reminded myself of a bedtime story my mother would tell me. Of a king who wanted to please the gods, so he built a large urn outside the temple and ordered everyone in the kingdom to pour all the milk in their homes into it as an offering to the gods. Not even the children were to be fed until the urn was full. No one dared disobey the king, but no matter how much milk they poured into the urn, it just would not fill up.

Finally, at sunset, a woman walked into the temple with a small cup of milk. As the king’s guards, watching from the shadows, advanced to haul her to the king for disobeying his orders, the woman poured the cup of milk into the urn, and lo and behold, it filled to the brim and flowed over.

How did you do it, the surprised king asked the old woman. I fed the calf, my family, and myself, she replied. I made sure everyone was satisfied, and I brought what remained for the gods.

See, even the gods are happy when you take care of yourself first, my mom would whisper into my ear before I fell asleep. 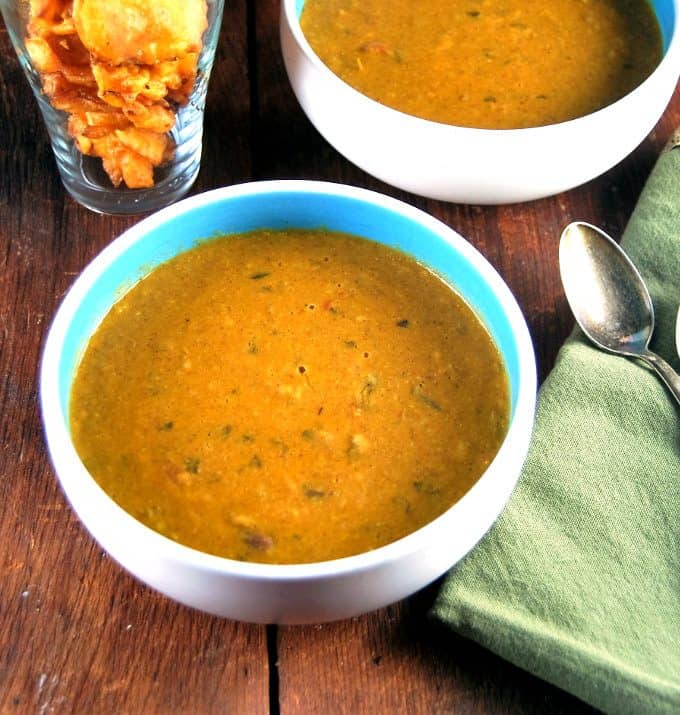 Moving forward, I hope to post at least one or two recipes a week through the summer, and I am also going to post more Indian recipes than I have in past months.  As always, I’ll be cooking real food that real people — my family and friends — eat, like this healthy Dal Makhani, cooked entirely in a pressure cooker.

I hope you try it! 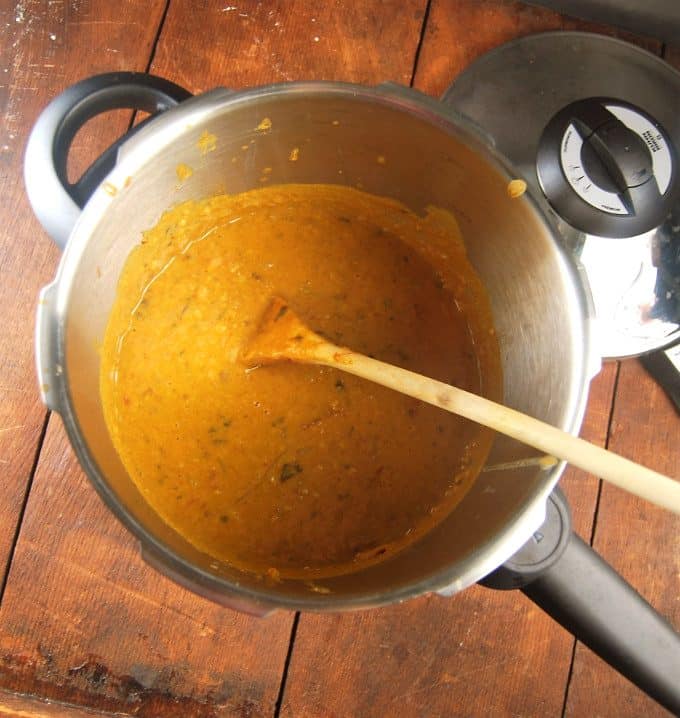 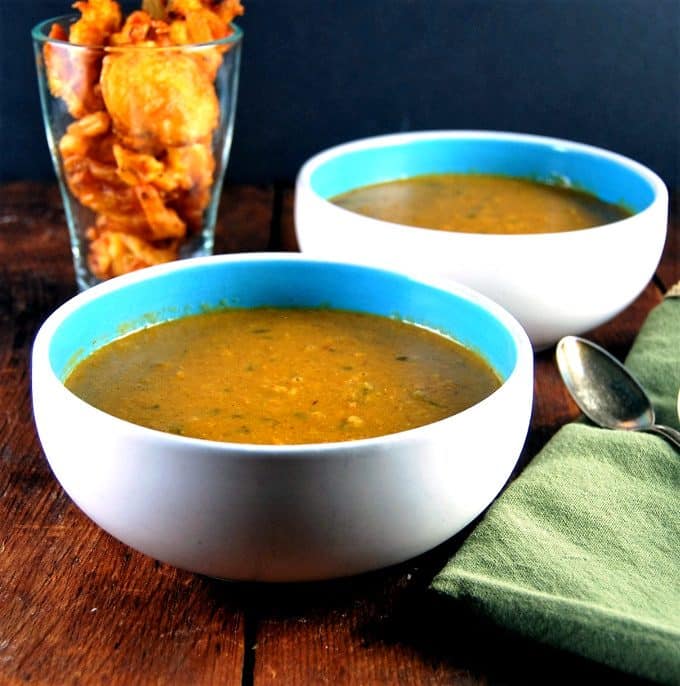 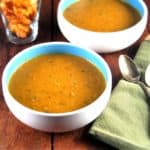