You are here: Home | Breads | Focaccia With Caramelized Onions, and the Common Sense Of Dogs 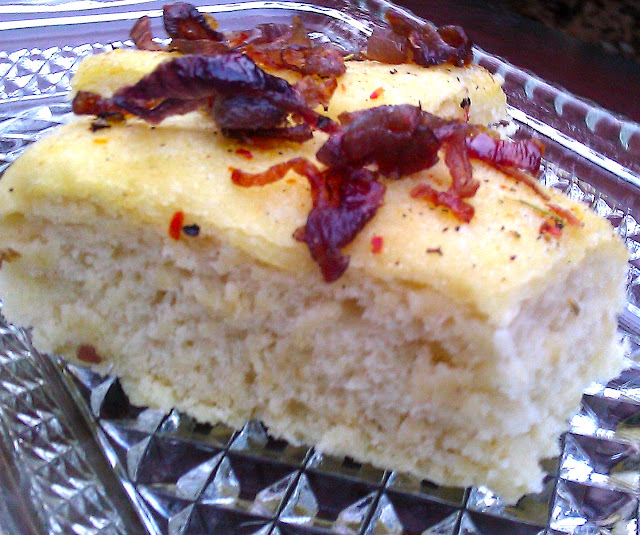 You've heard those amazing dog stories-- you know, the ones where the parent is hanging by the edge of a cliff, or has a heart attack in the middle of nowhere, or is about to get engulfed in a terrible house fire, and lo and behold! Fido, who never seemed to be good for anything but wagging his tail for a treat, suddenly morphs into Superman.

Or Underdog or Lassie, if you will.

He runs all the way to the nearest highway and barks down a passing car. Or he grabs the collar of his  hanging-off-the-cliff father and drags him to safety. Or he runs up the stairs to the bedroom to warn his sleeping parents about the fire that could kill them.

I've even heard of a dog that dialed 9-1-1. Or maybe that was in a movie. Whatever. You get the picture?

The point is, humans have for a long time believed in the miraculous power of dogs to come through for us in tough times. We think they'll do anything for us by any means necessary. In fact, we think they are just a little magic.

I was reading a newspaper article the other day about how two-thirds of American pet parents think their dogs have a sixth sense. The story was filled with people talking about how their canines sensed things before they happened, including dangerous, life-changing events.

Well, as an affirmed dog lover who has lived with more of these magical creatures than I care to count, I want to burst that bubble.

Dogs don't have a sixth sense, but they are unusually good at using the five senses they do have. And they are unusually smart-- more than most people ever give them credit for-- making it seem as if they have those extraordinary powers we humans lack.

For instance, dogs are keenly observant-- they watch you closely and unabashedly and read your body language better than you would ever be able to read theirs or anyone else's. Wonder why that  dog barked at you (after all you didn't tell him you are just a little afraid of dogs)? Well, because he could read it as clearly as if you had barked it to him by shrinking away just a teeny bit when he bounded up to you. Or by hulking down over him although he doesn't know you from Sarah Palin. Or thrusting a tentative hand in his face when he was least expecting it. 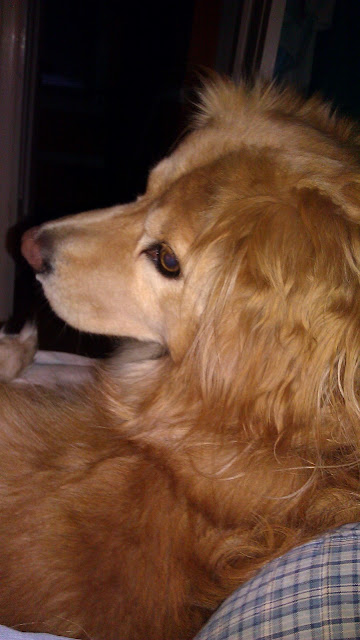 Opie can tell which car driving on the street is his Dad's and not just any car. He gets boundlessly happy and starts to dance around at the door even before Desi has pulled into the driveway. Sixth sense? No, but he has learned by now that Desi's car is moving slower than other cars do as they drive past the house. And he puts two and two together. 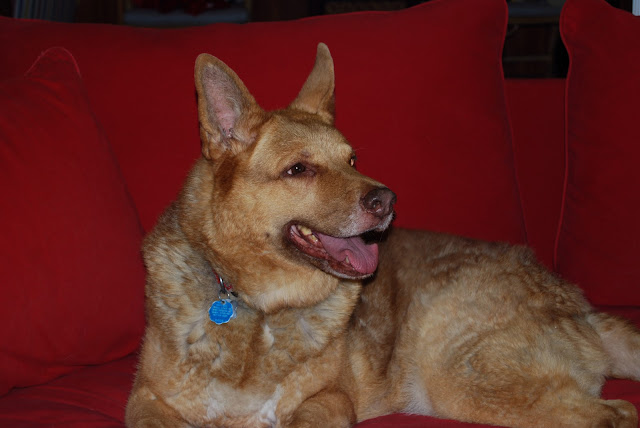 Lucy, who is horribly afraid of thunderstorms, senses one coming hours before I hear the first clap of thunder. Sixth sense? No, but atmospheric pressure drops before a storm can arrive and dogs can sense that change in pressure far better than humans can. Therefore all the whining and pacing and running into the basement for what, at first to me, seems like no good reason at all. 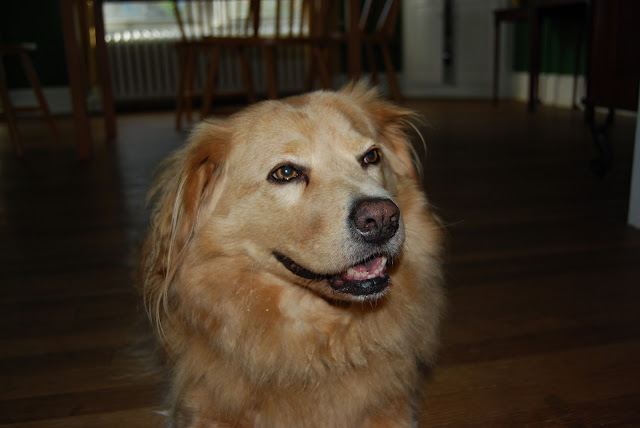 Both Opie and Lucy will bark their hearts out when a stranger approaches the house-- and they, honestly, have a special bark for the mailman even when they are not looking out the window. But they never, ever bark when Desi or I are at the door. Not because some unreal power tells them that it is us or the mailman, but because dogs learn over time to recognize people by the sound of their footsteps.

Dogs have been known to sniff out tumors, but research has shown that's because the tumors send out chemicals into the body that the powerful doggie nose can detect. Dogs can tell when you're going into the kitchen to feed them and when you're just going there to get yourself a cup of tea because your body language has transmitted that information to them whether or not you're aware of it. They can sense changes in temperature faster and they can hear far more sounds than we can. And they can certainly tell when you are in trouble and will risk life and limb to help out the person they love. 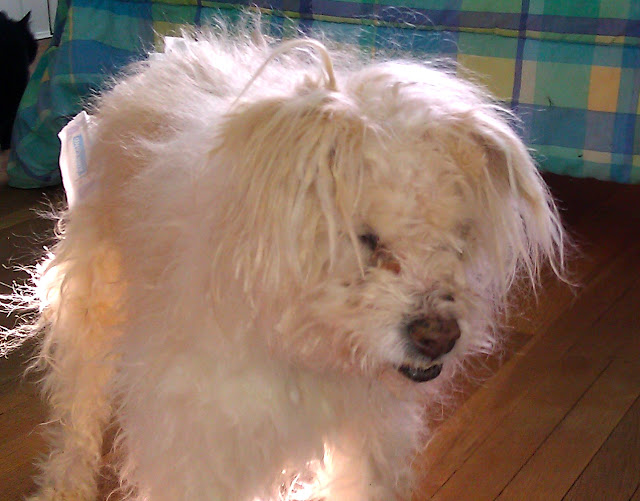 In conclusion yes, dogs are magic. But the magic is far more powerful than can be explained by a mere sixth sense. It is that they've figured us out far better than we have ever been able to figure them out.

And you thought you were the smart one. 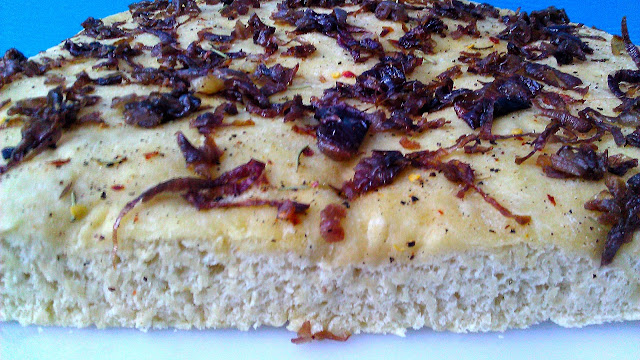 Now on to today's recipe which I found in my new favorite vegan cookbook, Tal Ronnen's The Conscious Cook.

Focaccia is a fluffy, crusty, lightly golden flatbread that must certainly be the stuff Italian gods cooked up on a sunny Mediterranean day when a deep-azure sky was specked with fluffy blue clouds and the angels were playing lilting music.

Here's a bread that tastes great on its own, especially when it's still warm from the oven, but also makes for a sandwich bread like no other. And, because it's dough is not unlike a pizza dough, you could very well turn it into a pizza.

I've talked enough for the day so I am going to let the recipe do the rest of the talking. Ciao, everyone, and have a great MLK Day holiday! And bake up these peanut butter dog biscuits for your best friends when you have a few minutes! 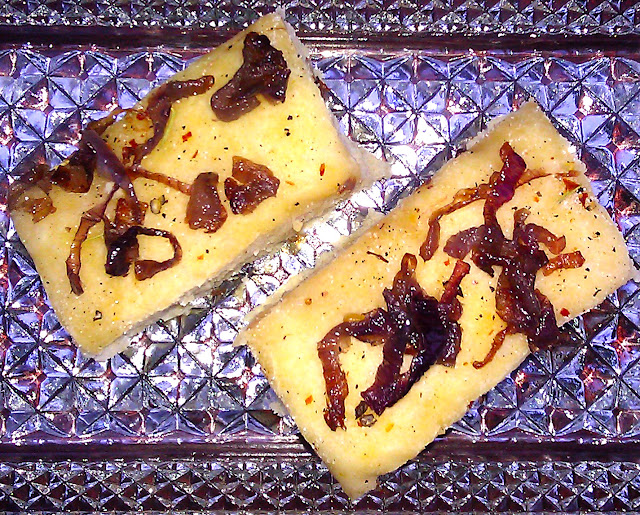 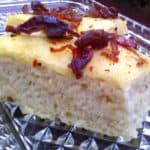