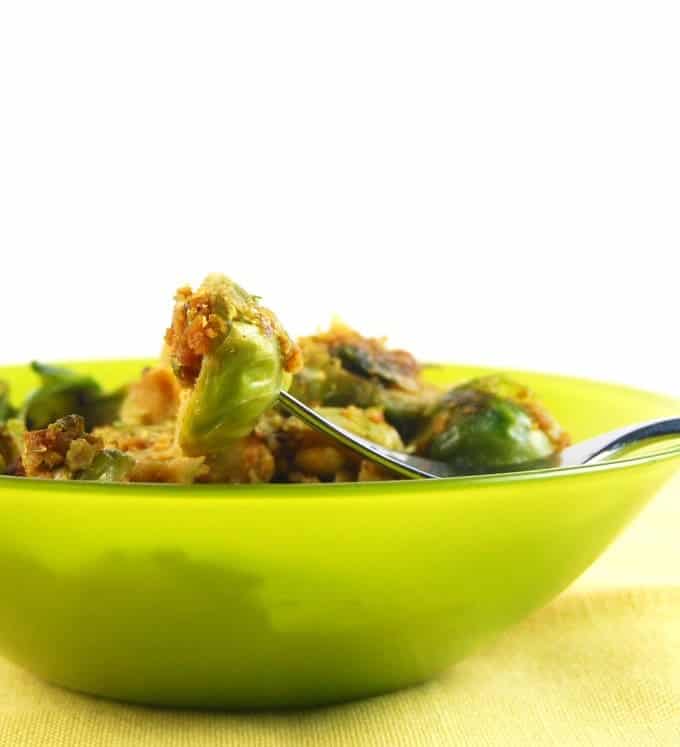 The other day, in the middle of a busy work-from-home snow day, I made up a plate of food for Jay, with some dal, rice, chapati, and these Pan-Roasted Brussels Sprouts.

Mealtimes are always a little suspenseful around the little fusspot, but like I've told you before, dal and rice are always a safe bet and I was pretty confident he'd eat it up. All except the Brussels sprouts, a vegetable he's only had once before since he came home to us, and that time was memorable for all the wrong reasons. 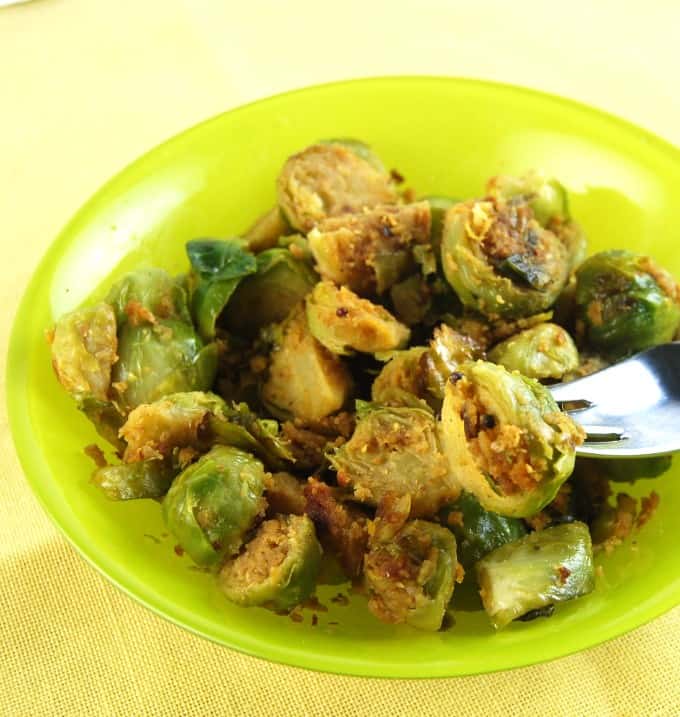 So imagine my surprise when I walked in to check on him just five minutes later and found they were the first thing to have disappeared from his plate. Even as I looked around suspiciously, wondering if they'd found their way down the garbage disposal, he asked for-- and polished off-- a second serving right before my eyes. And then he declared: "I love this vegetable."

I couldn't help show off with that little true story to convince you that these Pan-Roasted Brussels Sprouts are, in a single word, awesome. The pan roasting makes them lightly golden and perfectly al dente, and the chickpea dumplings give them a clean, healthy deliciousness that other famous Brussels sprouts partner-- bacon -- just cannot match.

My favorite way to eat Brussels sprouts so far has been to oven-roast them, and that recipe is pretty awesome too, but I think this one simply knocks it out of the park. Try it the next time you get some fresh, green, sprouts at the market. You'll be back for more too. 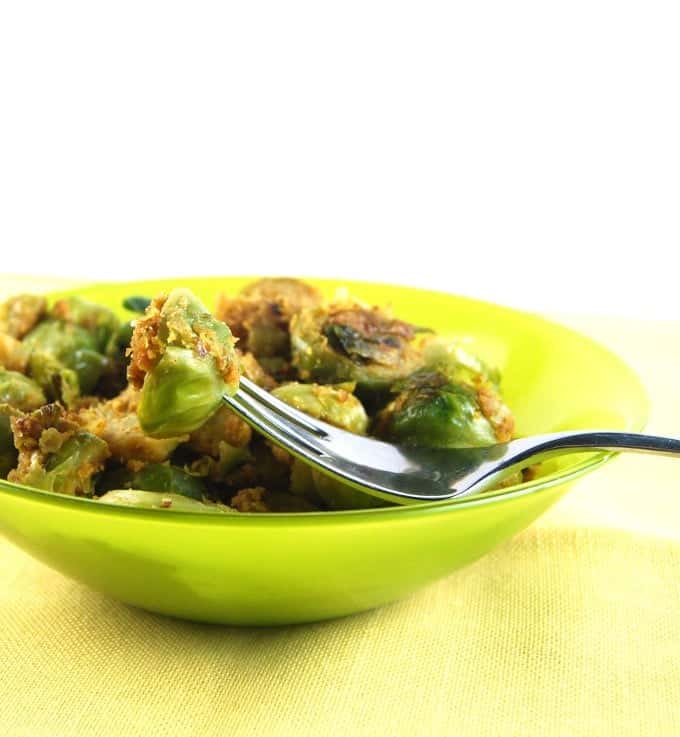 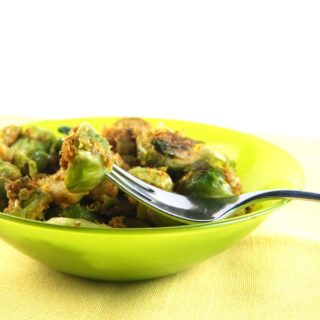 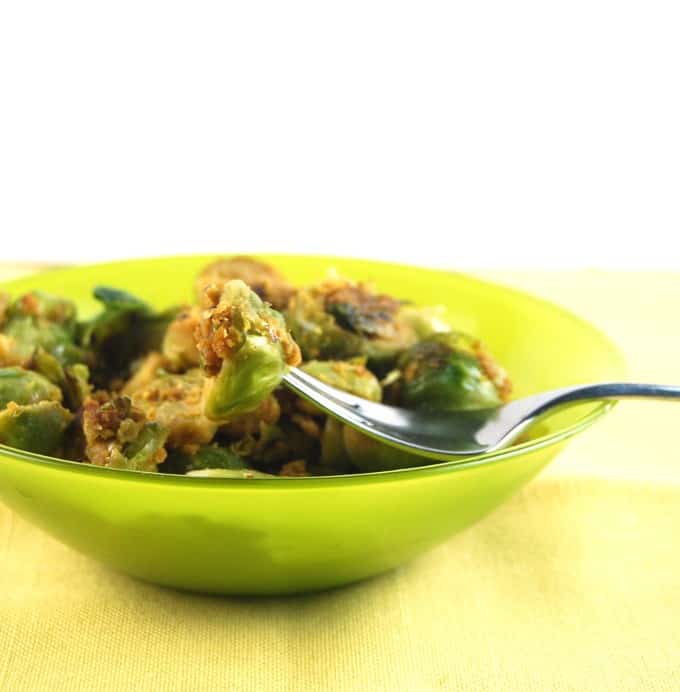