These crunchy, delicious Vegan Orange Almond Biscotti are perfect for dunking into a cup of coffee or tea. 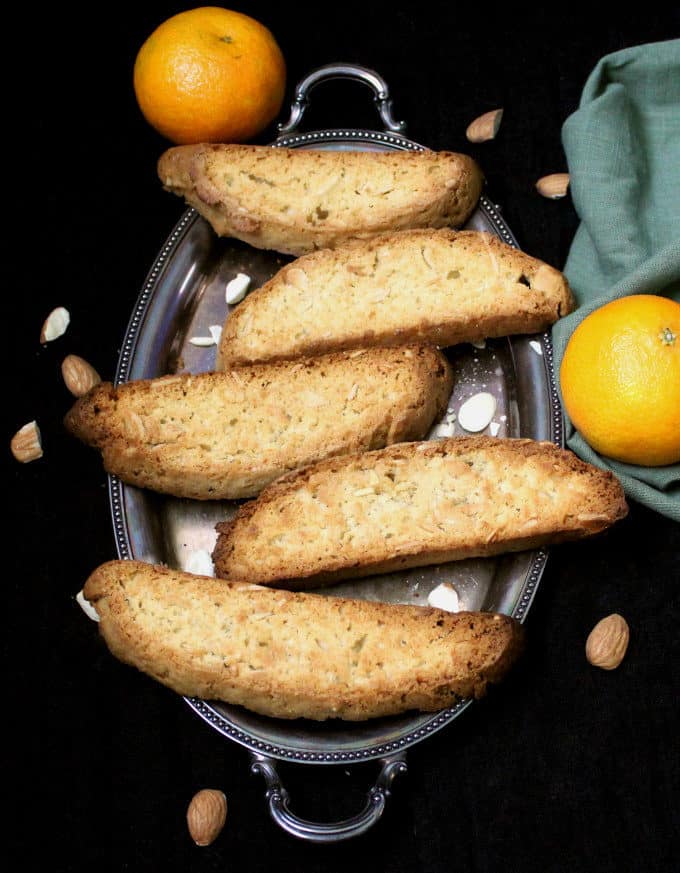 If you love dunkin', these Vegan Orange Almond Biscotti should be right up your alley.

They're crunchy, they're infused with fresh, sparkling, citrusy flavor, and they'll most certainly make you go delizioso! 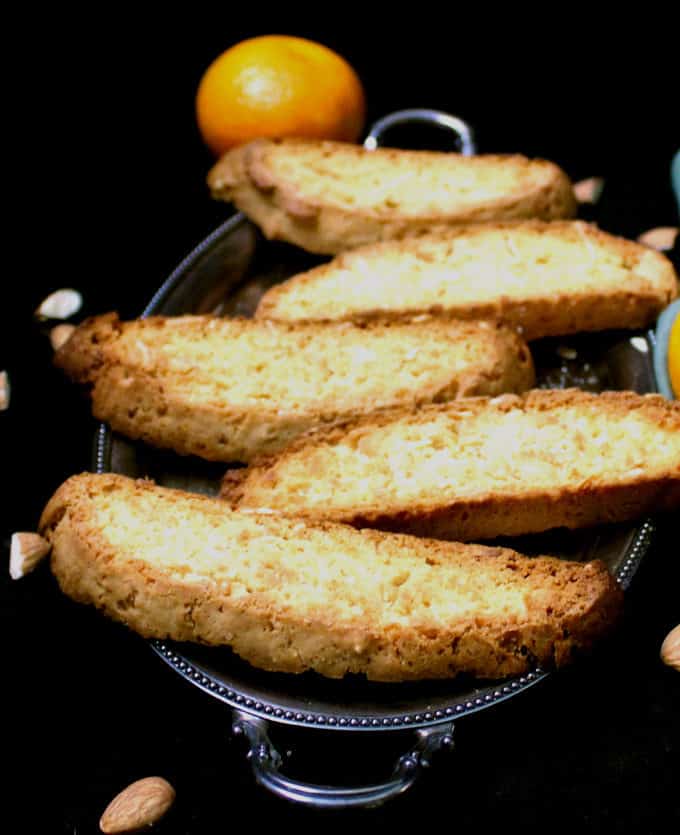 A biscotti is a twice-baked Italian cookie and this vegan recipe is one I've made for years. I shared with you all the way back in 2010, and many of you have made it over the years. It's such a good one that I've made hardly any changes to it in all this time, except to swap out walnuts, which I used at the beginning, for almonds, which are a more traditional choice.

This recipe is, in fact, quite traditional, except that it doesn't use any eggs, of course. I also imbue the biscotti with orange juice and zest, making it an exceptionally tasty treat. 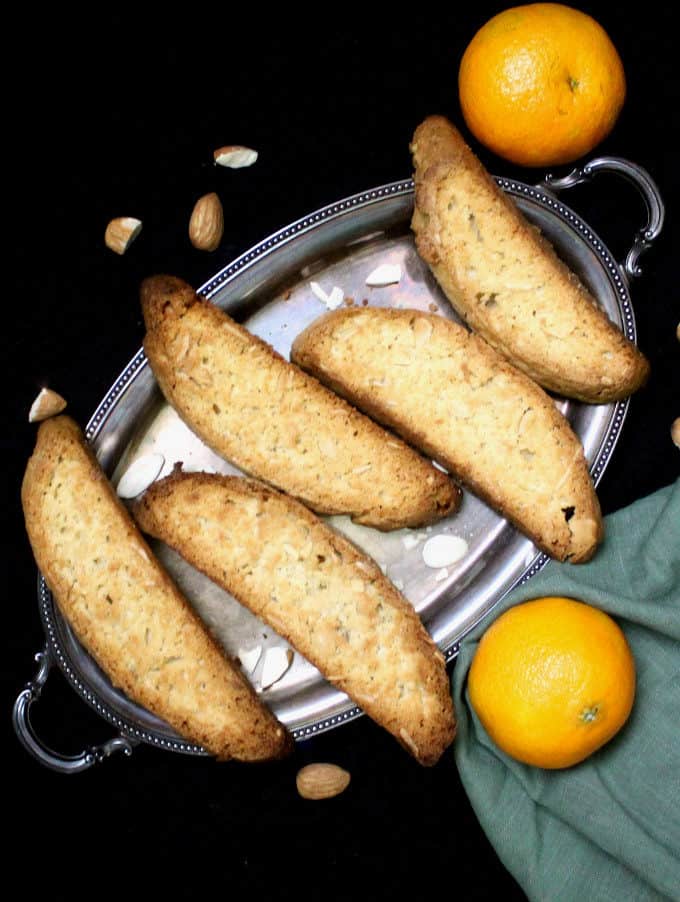 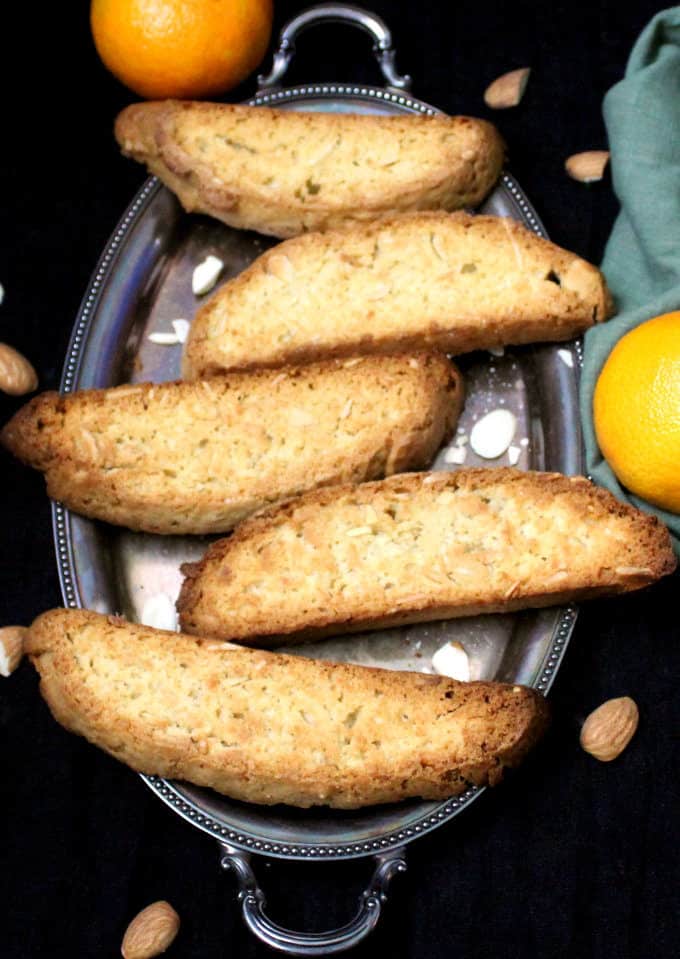 The recipe itself is a breeze and will take you no more than 15-20 minutes to put together. You do need some dedicated time unlike many baking recipes where you can put your baked good in the oven, turn on the timer, and forget about it until the timer goes off. That's because the biscotti are twice-baked -- meaning you first bake them up in two logs, and then cut them and bake them again. You also need to turn over the biscotti once during the second bake.

The biscotti dough will seem a little wet but work with well-oiled hands to shape it into a log. It will spread a little as it bakes, so be sure to space your logs well apart.

When you cut your biscotti, use a serrated knife and use a gentle sawing motion to make sure you get even-shaped cookies.

This recipe makes a ton of biscotti -- I got 24 six- and five-inch biscotti out of this recipe. You can make your logs slimmer and cut more, shorter biscotti if you choose.

The texture of your biscotti will be dry and crunchy, and that's exactly how you want them to be. Remember, these are cookies made for dunking.

How and when to serve this Vegan Orange Almond Biscotti:

Biscotti make a great snack or dessert. As a dessert they are typically served with wine, but they are just as awesome dunked into coffee or even tea. Or do as Jay does and dunk these into orange juice for even more of an orange hit.

If you make these vegan Orange Almond Biscotti, be sure to leave me a comment below or take a photo and tag me @holycowvegan on Instagram. 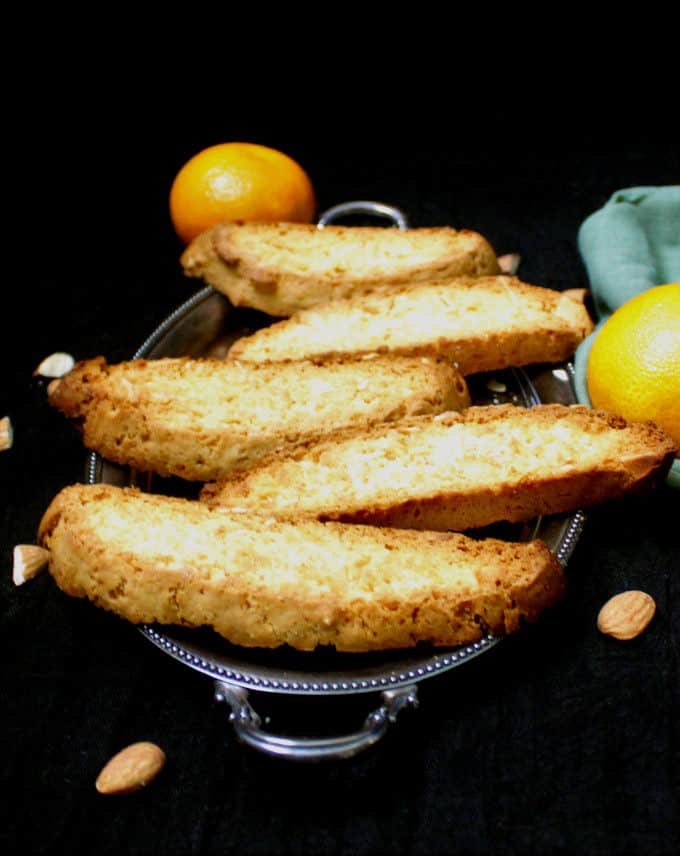 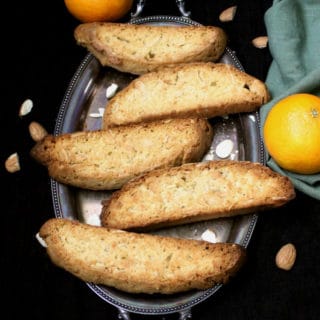 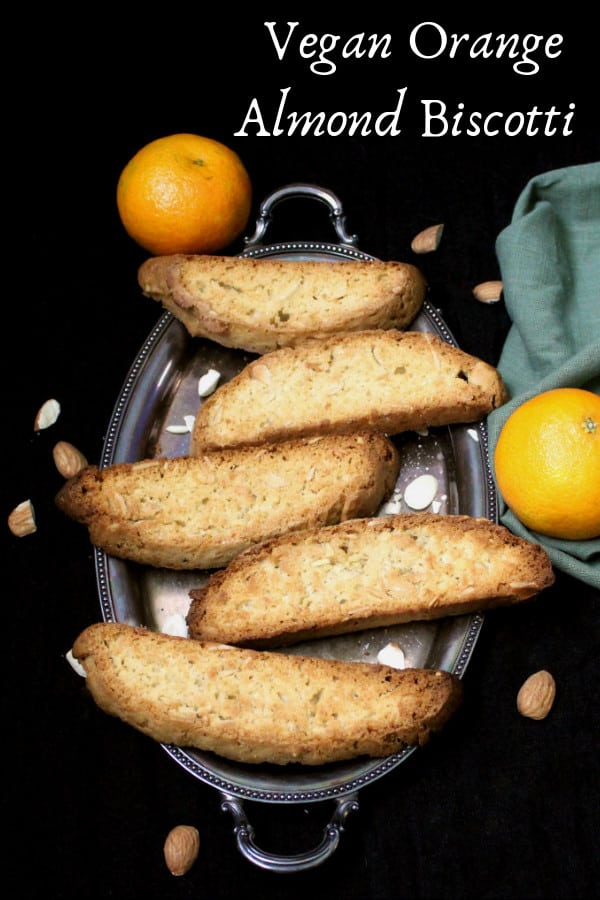