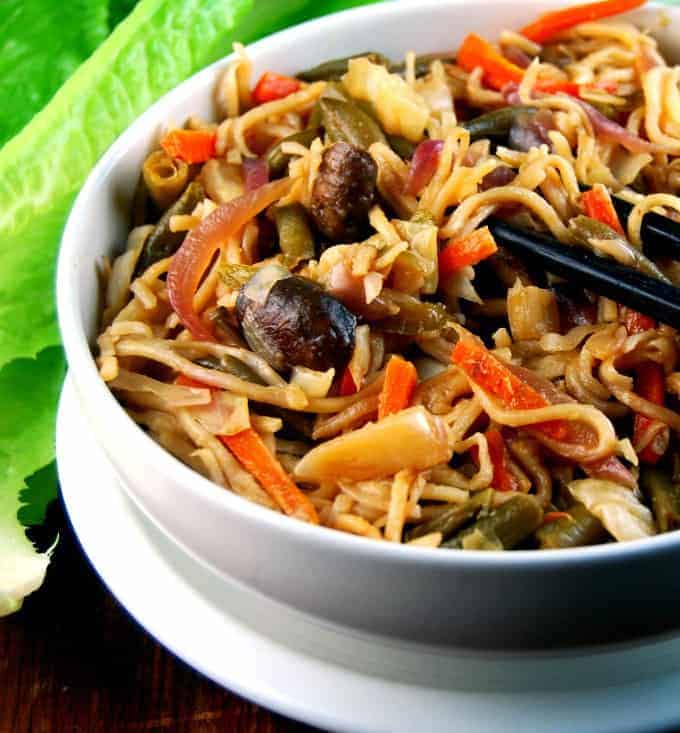 I have for you today a quick, easy, and really, really tasty recipe for Veg Hakka Noodles, a classic of Indo-Chinese cuisine that is certain to tickle and please any tastebud.

We Indians tend to be rather biased toward our food. Call us unadventurous, but you'd be hard put to it to find an Indian who would cite a foreign cuisine as their favorite. Some of us, though, might make an exception for Indo-Chinese cuisine. Yes, it's Indian too, but not really, because it's Chinese. See the difference, silly? 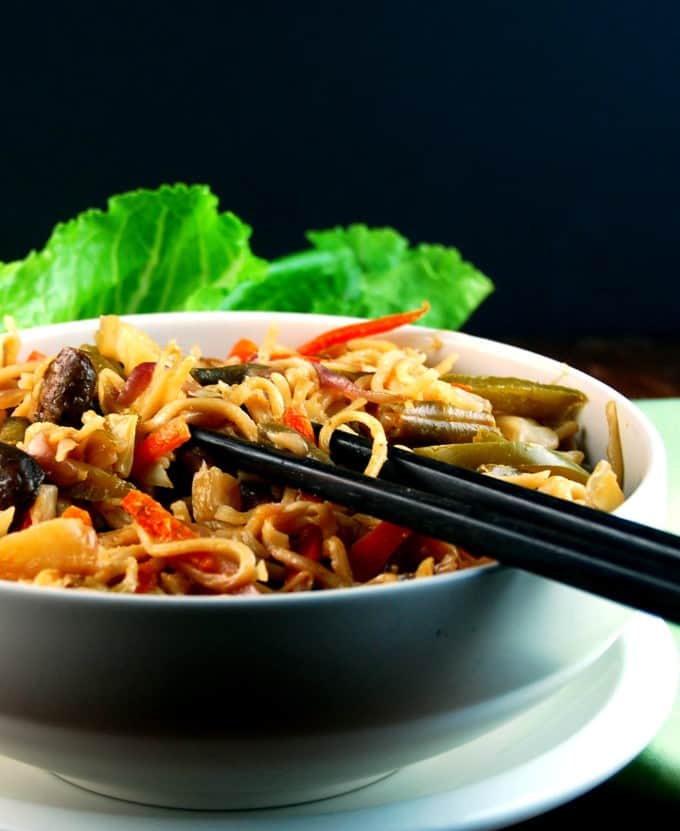 Indo-Chinese cuisine has a long history in India, beginning in Calcutta where Chinese immigrants first settled more than a century ago, bringing with them foods like noodles and soy sauce that were unfamiliar to the Indian kitchen. As they settled in, the immigrants adapted their food to local tastes, supplementing Chinese flavors with Indian ones, like peppercorns, cumin, and red and green chili peppers. The cuisine that has resulted from this rather mad mix is a delicious explosion of flavors and textures that delights, satisfies, and addicts.

In India, Indo-Chinese restaurants are everywhere, but they are rather special in Calcutta. When Desi and I visited this historic and fascinating city a few years back, the first thing we did was take a cab to what is India's only Chinatown so we could eat, eat, eat until we could eat no more. The Victoria Memorial and the Howrah Bridge could wait. 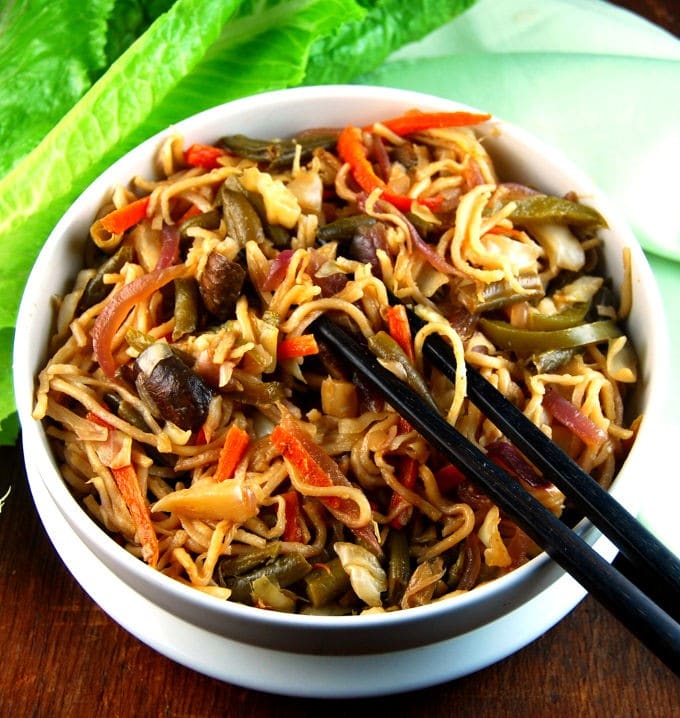 Veg Hakka Noodles are one dish I always order at an Indo-Chinese restaurant because they are just so delicious. But I also love making them at home because they are just so easy. There are just a few flavorings you need for a good pot of Veg Hakka Noodles, and I'll wager you have most of them in your pantry already. The noodles are rather textured and yellow and they make the perfect vehicle for all of those juicy, al dente veggies. If you can't find hakka noodles, available at Indian stores here in the United States or online, use any wheat noodles or even spaghetti. You can't go wrong.

For the veggies -- I like to add a bazillion to my noodles -- use any quick-cooking vegetable that would work for a stir-fry: carrots, green beans, mushrooms, cabbage, broccoli, onions, bell peppers are all great choices. If you want to add a protein hit, stir in some tofu or tempeh. I didn't because I wanted my recipe to be as authentic as possible, but some chewy tofu or tempeh is only going to make an already great-tasting dish taste even greater.

Hakka noodles are made without ginger and garlic, two ingredients abundantly used in both Indian and Chinese cooking, but because I really like some garlic in my noodles, I drizzle on some garlic oil when I serve these. You'll find the recipe for the oil below. 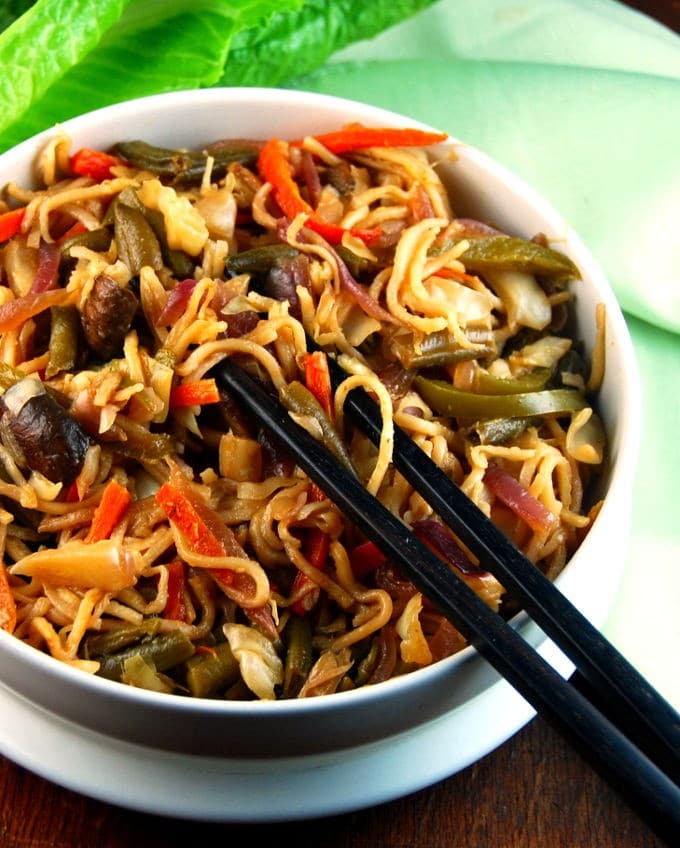 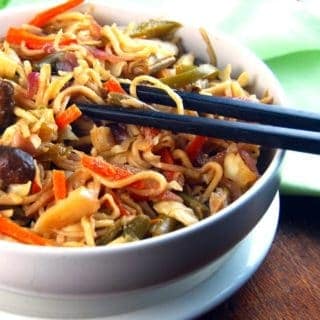