This vegan Chesapeake Chowder is creamy and delicious, and packed with protein and fiber from healthy white beans and tempeh. Old Bay seasoning and dashi stock add the flavor of the ocean without the fish. 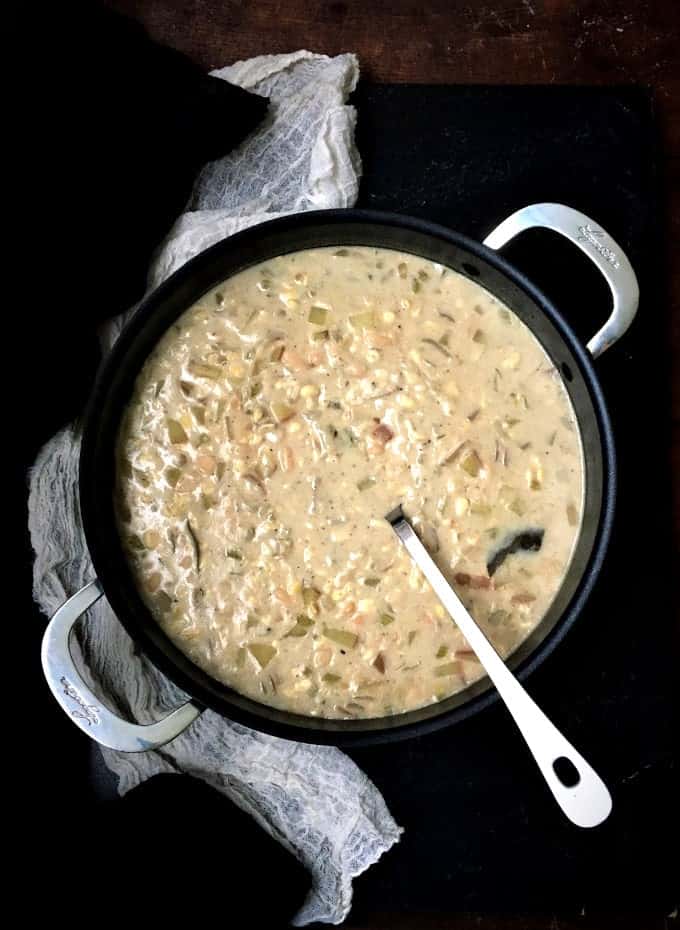 I think of my home state of Maryland as one of the most quietly dignified states in the union. It became our home 20 years ago for no reason better than it borders Washington, D.C., where Desi went to grad school. After six months of sharing a one-bedroom apartment near American University with two Indian students, we were inordinately excited when we found, and rented, a studio apartment with a tiny kitchenette that we could barely afford, and had all to ourselves, in Silver Spring, a suburb located right at the border of Maryland and D.C.

We stayed on because over the years, we grew to love our home state for its natural beauty and its progressive politics. I went to grad school at the University of Maryland, and we found jobs in D.C. We moved from that studio to a larger apartment and eventually bought our own house with a real kitchen. We started our family here, first with our furry kids and then our human one. 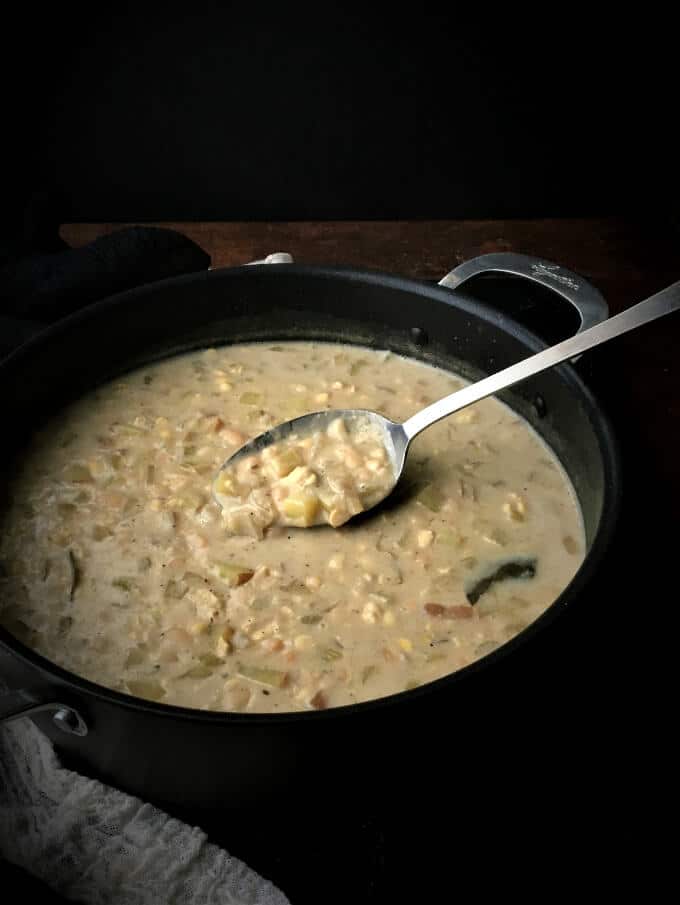 We are proud to be one of the first states that legalized gay marriage by referendum. We are proud to have once been home to some really talented artists, from author Edgar Allan Poe to singer Billie Holiday and actress Goldie Hawn. We are proud to be home to the stunning Chesapeake Bay Bridge, more than four miles of curving steel and concrete suspended nearly 200 feet above the gleaming waters of the Chesapeake Bay (squeamish drivers who cannot face the prospect of what has been called the scariest bridge in America can hire a "drive-over" service that operates daily). We are proud of our residents and lawmakers who consistently stand up for workers and immigration rights. We are proud of our courts that stand up to bigotry and hatred.

We love that, in Maryland, Jay is getting an education in one of the best public school systems in the country, not just because it has fantastic teachers and a great curriculum that encourages his creativity, but also because the schools in our part of the state are chock-full of students representing the great diversity of America.

But, as a vegan for more than 10 years now, I do have one issue with my beloved Maryland: the food. At least the food that we tell the world we are proud of and lay claim to. Because most of it is fished out of the Chesapeake Bay, which we share with our other neighbor, Virginia.

While there are plenty of vegan friendly and vegan restaurants in D.C. and Maryland, including Great Sage in Columbia, if I want to eat on a day out at, say, a scenic spot like Havre de Grace with its beautiful ducks and lighthouse, or at Baltimore's Inner Harbor with its grand ships and history, or at Annapolis's beautiful waterfront with its cobbled streets and boats bobbing in slips, the menu at most restaurants will very likely offer crab cakes of every size and seafood of every kind, but virtually nothing that's local but also vegan, delicious, and not a salad.

Over time, I've learned to veganize some of these foods at home. We love our tempeh crabcakes, seasoned with Old Bay, a popular seafood flavoring made of spices (and entirely vegan), that also owes its origins to the Chesapeake Bay region. And we love this very vegan version of a Chesapeake Chowder, usually made with a variety of sea creatures, including fish and crabs, and Old Bay. My version draws on tempeh and white beans for protein, and cashew cream instead of cream for that velvety smoothness and mouth feel. 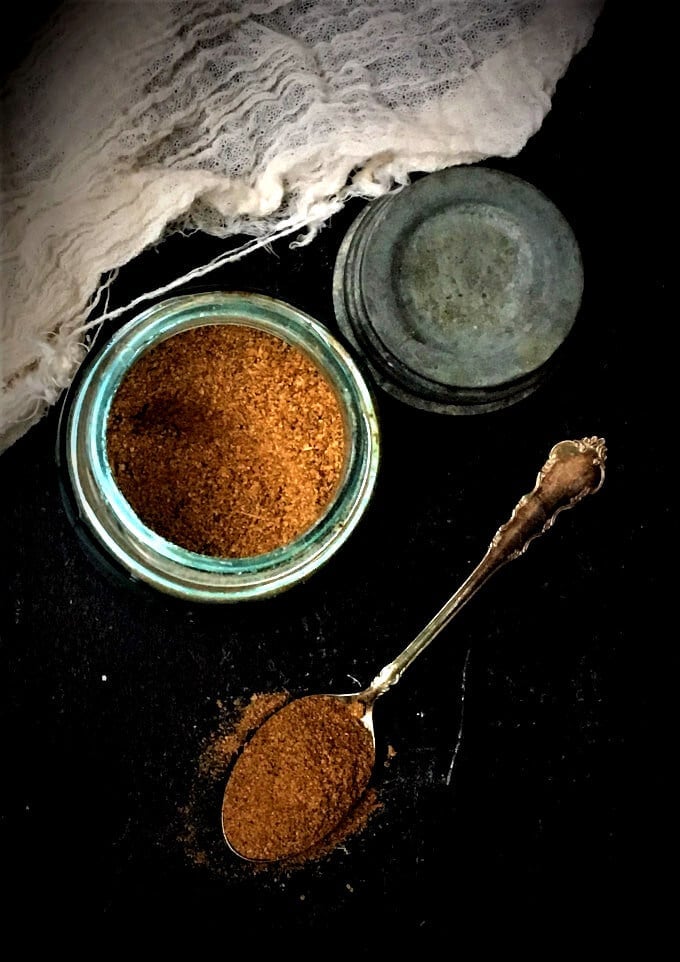 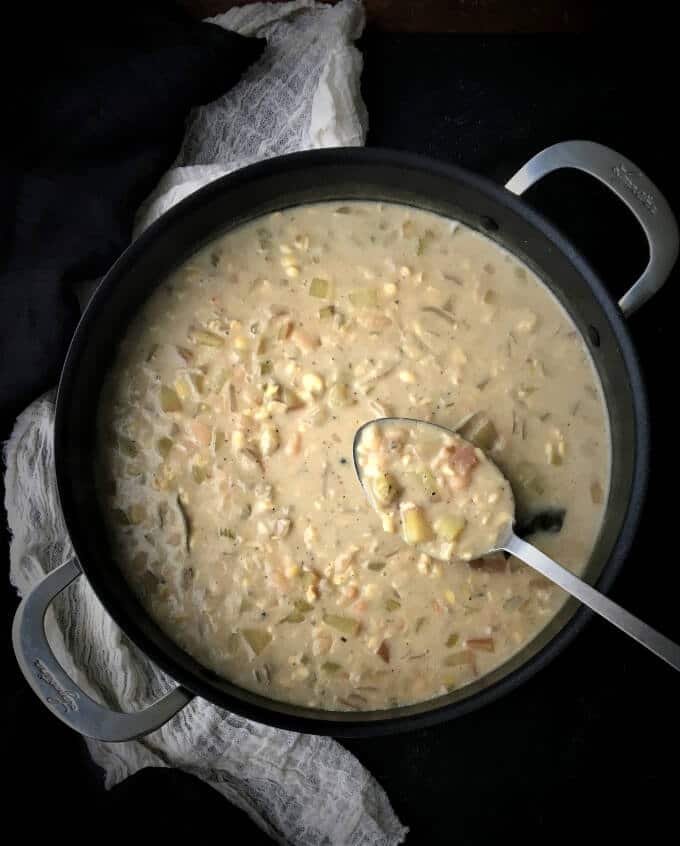 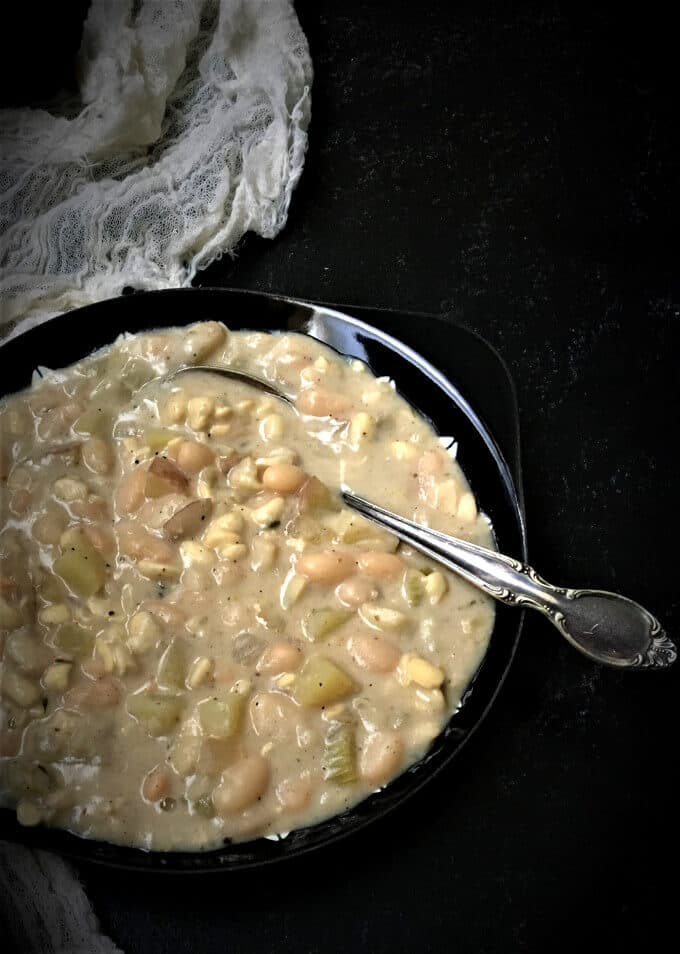 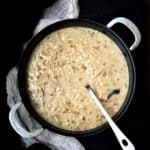 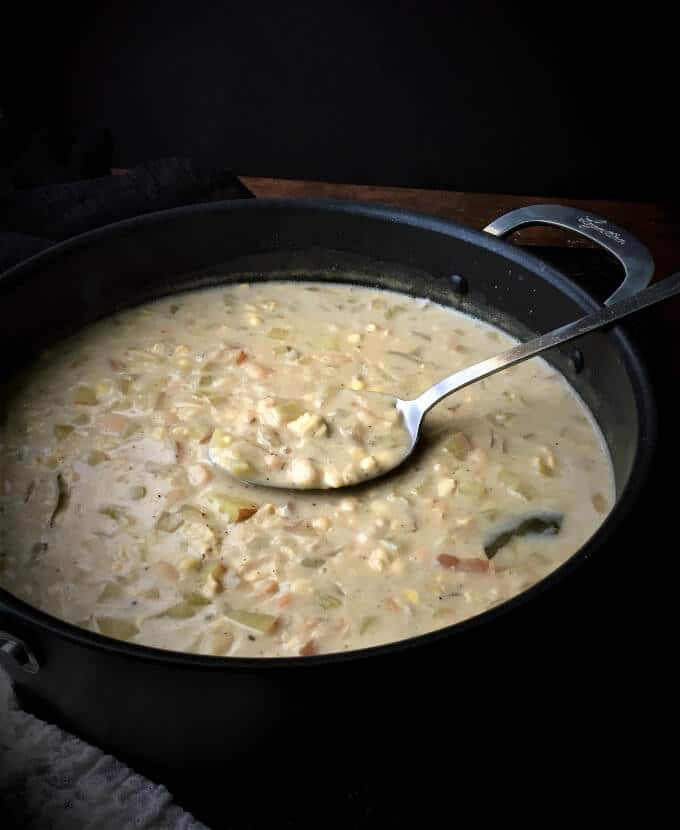