I have a thing for Paella, which you no doubt gathered from that exclamation point in the header. And can you blame me? There's something so, grrr, red blooded about Spanish food. And when it's a Vegan Paella, a one-pot package deal with so many goodies tucked in, one just can't help but fall in love. 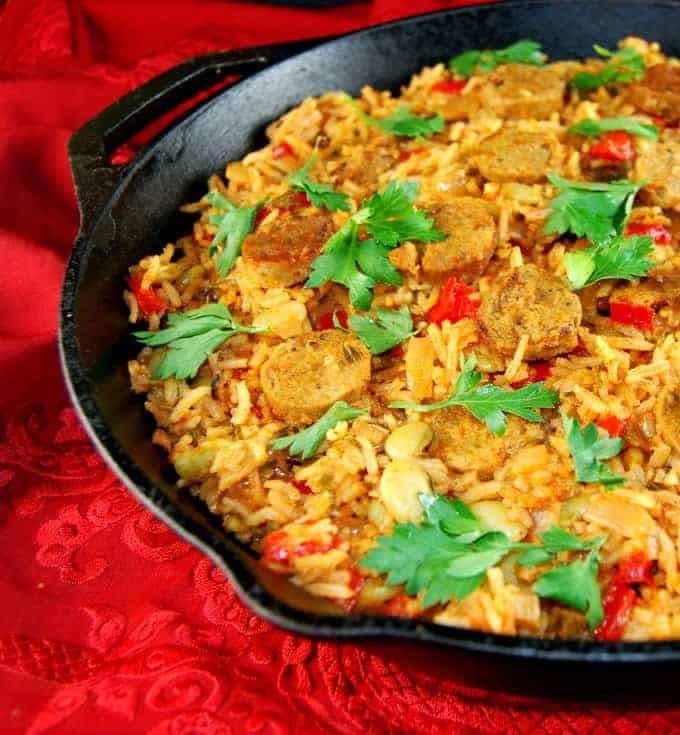 Okay, I'd better rein myself in, but then again this Vegetable Paella is definitely a dish to get all hot and bothered about. It's delicious and there is so much goodness here from the rice and the lima beans and the red peppers and the vegan sausage that your tastebuds will want to wear high heels and do the flamenco. 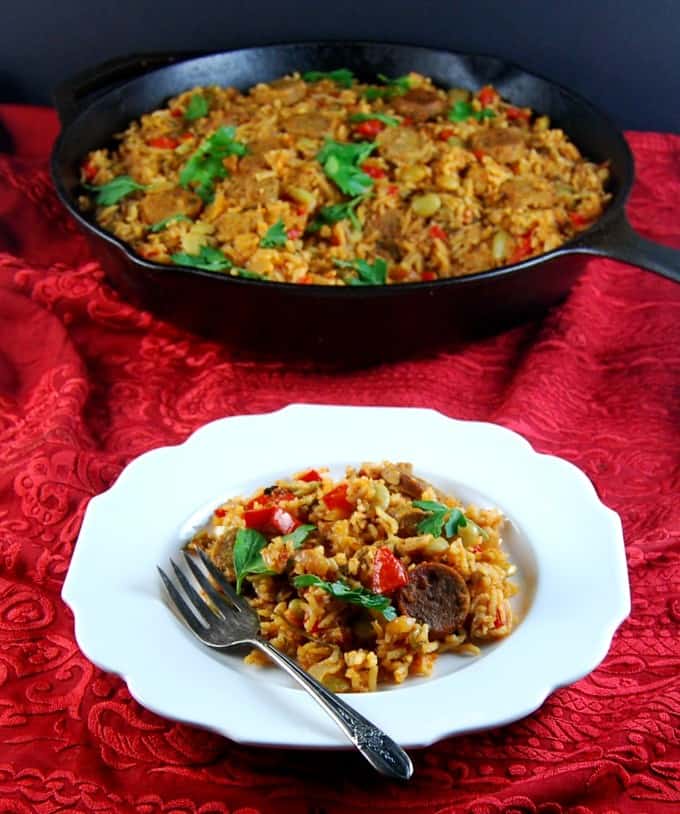 Paella is a popular dish around my home because, like I've told you before, Desi will eat rice in just about any form. And when the house smells as great as it does when I'm making this, he is definitely interested. More than. Better still, this is not just a perfect dinner but it makes for perfect brown-bag eats for both of us the next day.

I used some beans in my Vegan Paella which are traditional, especially in Valencia, the Spanish city where Paella originated, and other traditionally used ingredients, like onions and red peppers and sausage (vegan, of course). But my recipe is also very simple and comes together rather quickly, because hey, I get it: we are not living in the 18th century where sultry senoritas could languidly saute and simmer and then serve it all up without a hair out of place.

I'm off to serve mine, and I can't believe I waited this long before wiping it off the face of the earth. Enjoy, all! 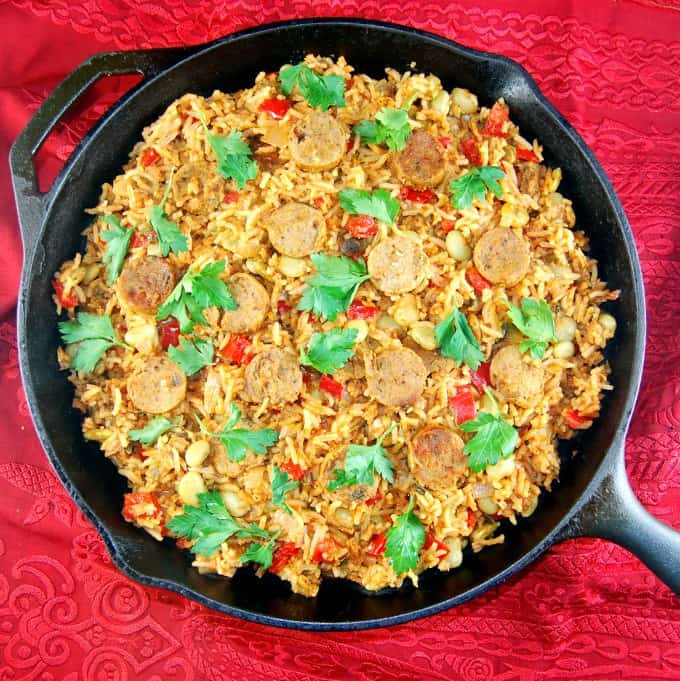 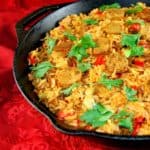 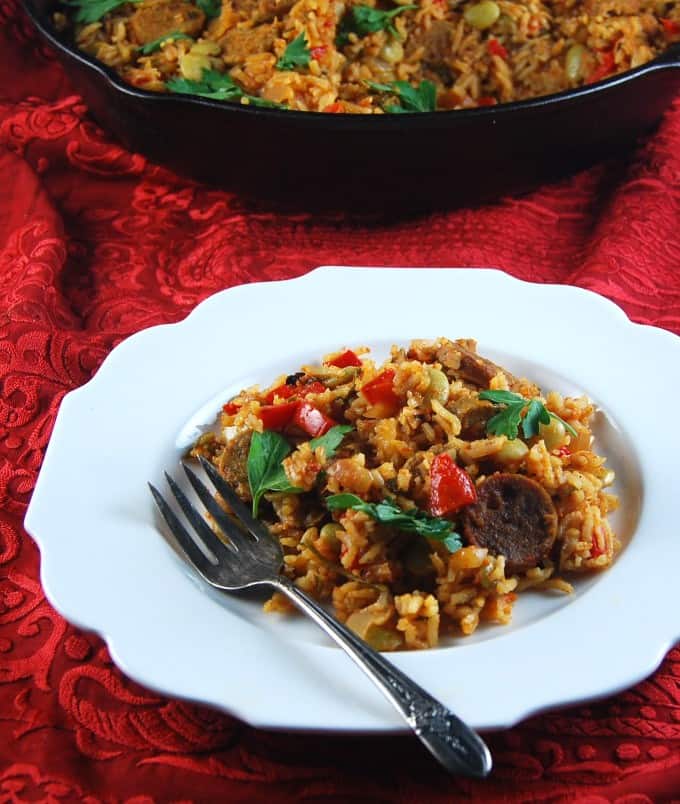