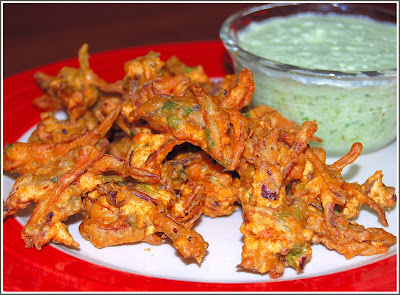 Do you remember the magic of the first rain?

If you ever lived in India, you most certainly would. Unlike here in the United States, where it rains any time of the year, India has a specific monsoon season between June and October when the skies pour without restraint for nearly four months. But that's it. Come November you're not likely to see another drop of rain for eight months.

So you can imagine what a wonderful treat the first rainfall of the year is. When those first drops drizzle down, they transform the whole landscape. Every surface, caked thick with dust and pollution over the preceding winter and summer, looks freshly washed. The leaves of the mango trees sparkle, their deep-emerald green almost a surprise. The dusty, dry earth turns red and sends out a musky-sweet fragrance. Even the fading apartment buildings, crammed back-to-back, look newer and brighter, at least for a while.

As children, that first rain brought us a license to get unabashedly drenched.

My mom would allow my brother and me - in fact she'd push us- to go out and play in the first rain. We'd scream at the top of our lungs and laugh and dance along with other children from the neighborhood, all of us soaked to the teeth. Even some of the less restrained adults would join in. For once, no one cared that we'd ruin our clothes or catch a cold or slip and fall. The first rain was a miracle to be enjoyed with all the heart we had in us.

In the days that followed, of course, the umbrellas and raincoats and waterproof shoes were dusted off and put into mandatory circulation. The most we could fool around in the rain after that was to hold our hands out the window and catch the falling raindrops as we chanted:
Ye re ye re pausa
Tula deto paisa
(Translated from Marathi, Come, come rain, and I'll give you a penny.)

The rain was, of course, a mixed blessing. There were days when it brought the city to a grinding halt, and then everyone spent a good deal of time cursing it.

The other day, as I walked to my car in an unusually heavy Washington downpour, every passing car drenched me with water that had collected on the sides of the street. Even as I muttered and ranted under my breath, my quirky mind skipped back to those times when the rains used to be more fun than bother.

Then and there I decided to put the fun back into my rainy day by cooking up a classic snack invented, I think, for exactly such an occasion: a plate of spicy, hot pakoras with cilantro chutney and a cup of steaming chai.

I rushed home, got out of my wet clothes, and ran straight to the kitchen. I almost couldn't wait until the pakoras were ready, but boy, were they worth the half hour or so it took to make them! The deep-frying makes the vegetables velvety-tender, and that, contrasted with the bright crunch of the chickpea coating, is to die for.

This is a rather traditional recipe that's been used for generations - with some variations - by Indian cooks. To dunk the pakoras, I made a coriander-coconut chutney that's also quite traditional. You can even dunk your pakoras in ketchup if you don't want to be bothered with making chutney: I think they taste great with either. 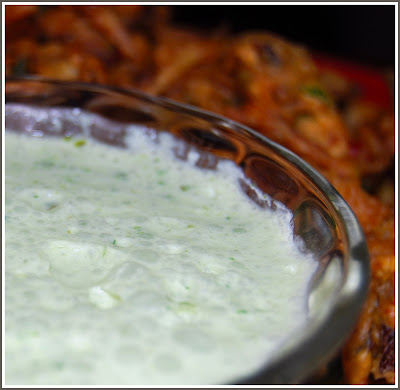 So the next time you run into a rainy day anywhere in the world, try making these to put the sunshine back into your day. But first, if you dare, let your hair down, toss away the umbrella, and get drenched. Just for the heck of it. 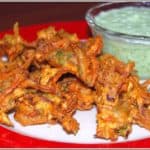 Try these baked asparagus pakoras, or my baked corn pakora fritters, for a healthier spin.