Jump to Recipe Print Recipe
My nine-ingredient take on a Vegan Alfredo Sauce with cashews is creamy and silky and savory with herbs and roasted garlic. Mushrooms roasted with wine make this sublime Italian sauce even more delicious. A vegan, gluten-free and soy-free recipe. 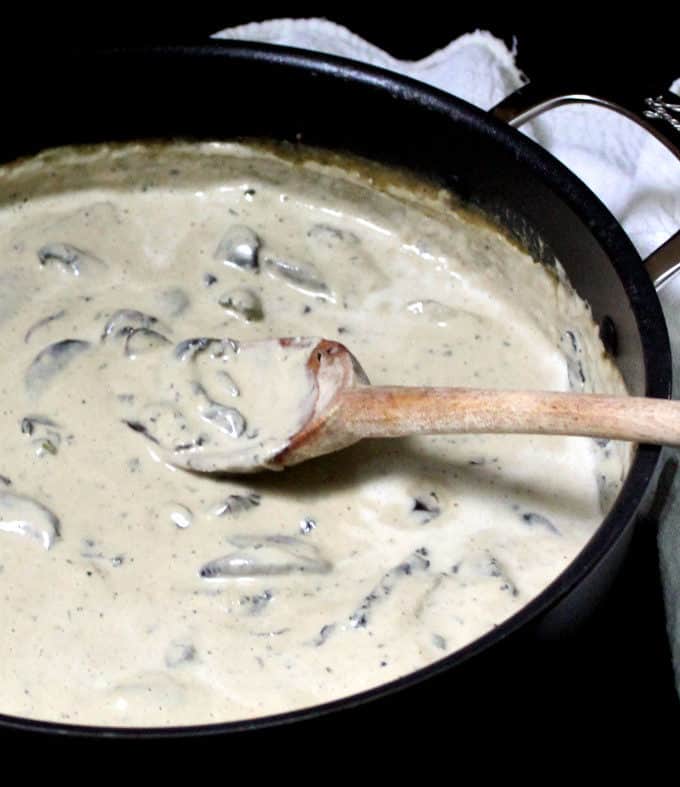 Today, I am revisiting my creamy and velvety Vegan Alfredo Sauce with mushrooms and roasted garlic. It’s a classic recipe I first published in 2013 and many of you have made it over the years and come back to tell me about it.

After making it myself for the umpteenth time this past weekend, I thought it might be a good idea to pull this recipe out from the bowels of this blog and back to the front so those of you who are new to this blog can find it. 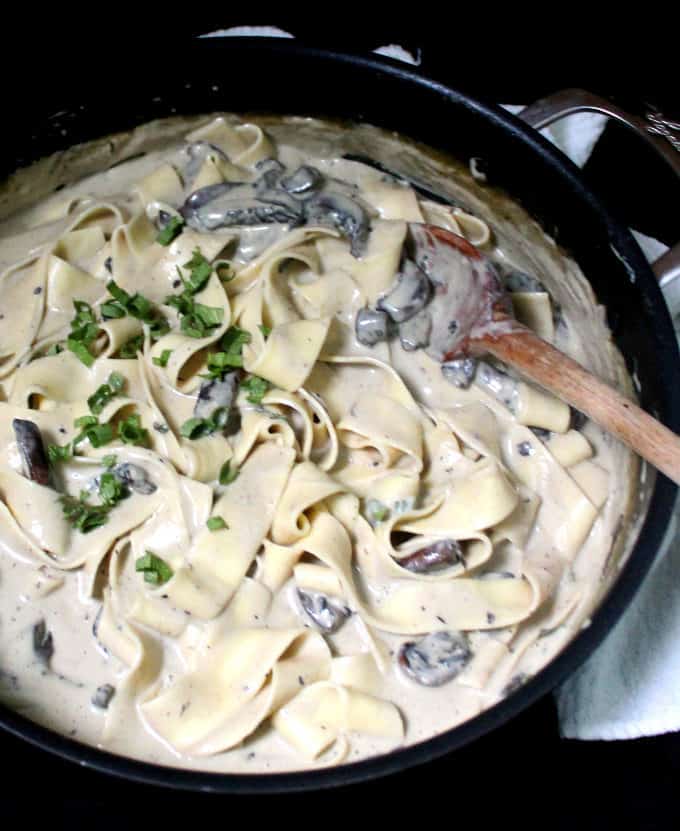 Alfredo is a creamy and rather voluptuous Italian white sauce for pasta made with lashings of butter and cream and cheese. To me, it’s always presented itself as an oxymoron. While its lush flavors scream out “eat me,” an Alfredo’s ingredient list pretty much makes it a no-no for nearly everyone except the most intrepid of eaters.

As a vegan, butter and cream and cheese are also out. So when I made a vegan version of this sauce all those years ago, I improvised with cashew cream, which makes a great substitute for cream in nearly any dish. It has a pleasing sweetness, like cream, and a similar mouth-feel, which is important because you want the texture of your Alfredo sauce to be silky and smooth.

The cheese is replaced here by nutritional yeast, and roasted garlic and summery herbs add an abundance of flavor.

Cashews are not a low-calorie food themselves, but they are certainly way lower in calories for all those dairy products they replace in this vegan Alfredo Sauce. Cashews — and the fat in them — are also actually good for you, unlike butter and cream and cheese. Altogether, there are just 228 calories in a serving of this vegan Alfredo Sauce, and 11 grams of protein and 3 grams of fiber, which actually makes it quite good for you, unlike the traditional version. 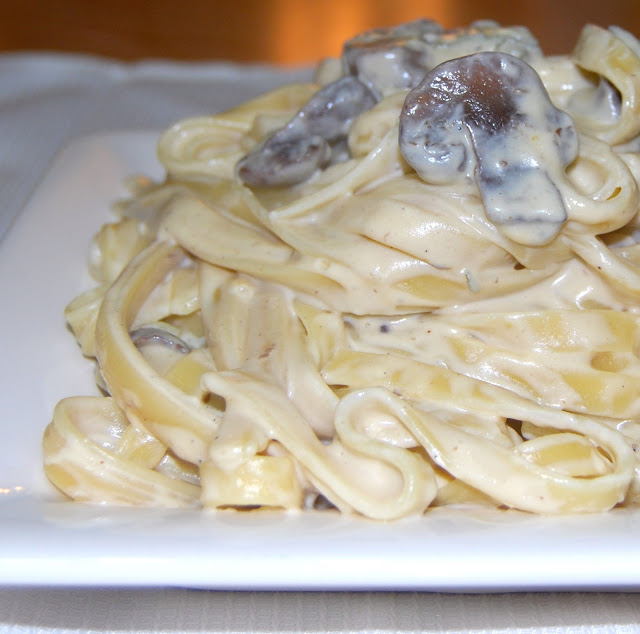 I really love adding sage to this sauce. For one, this smoky, savory herb is plentiful in the summer months, and it begs to be used. I have a sage plant that I put into the ground in my backyard when we first moved into this house more than a decade ago and each year it survives the bitter winter to spring back to life and reward me with armfuls of sage. Not that you’d ever use armfuls of sage in any recipe. This is a strongly flavored herb, so a little goes a long way. 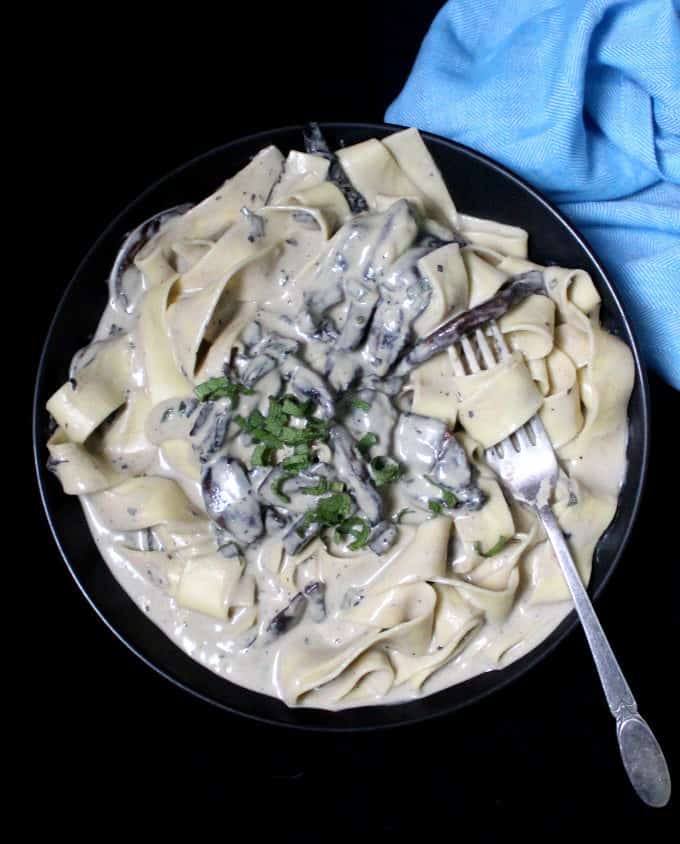 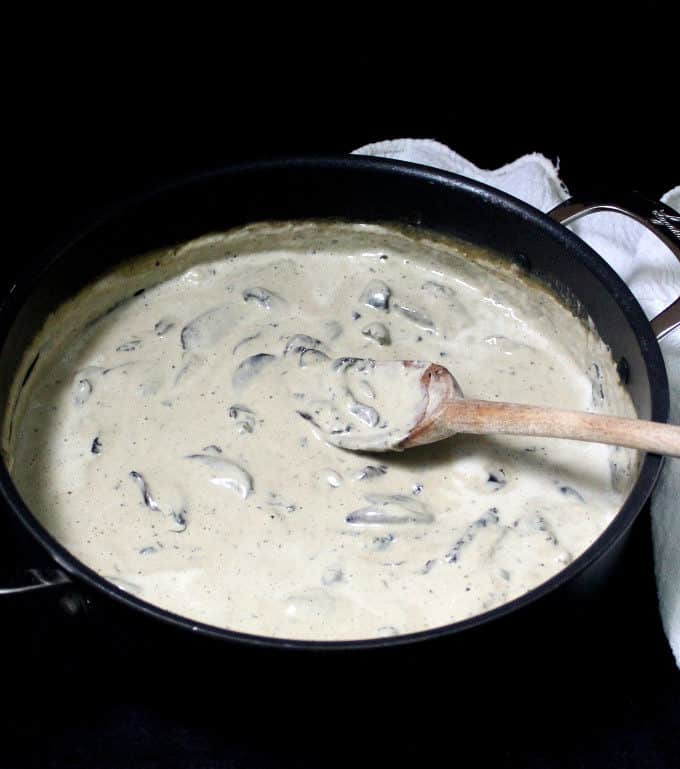 How to make the creamiest alfredo: 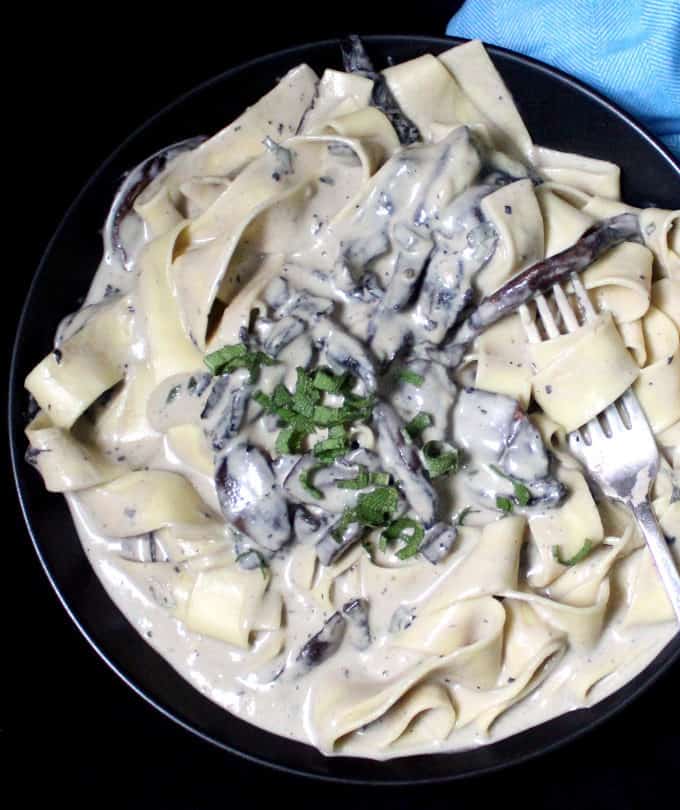 What kind of pasta to serve with this sauce:

Let’s dive into the recipe next. 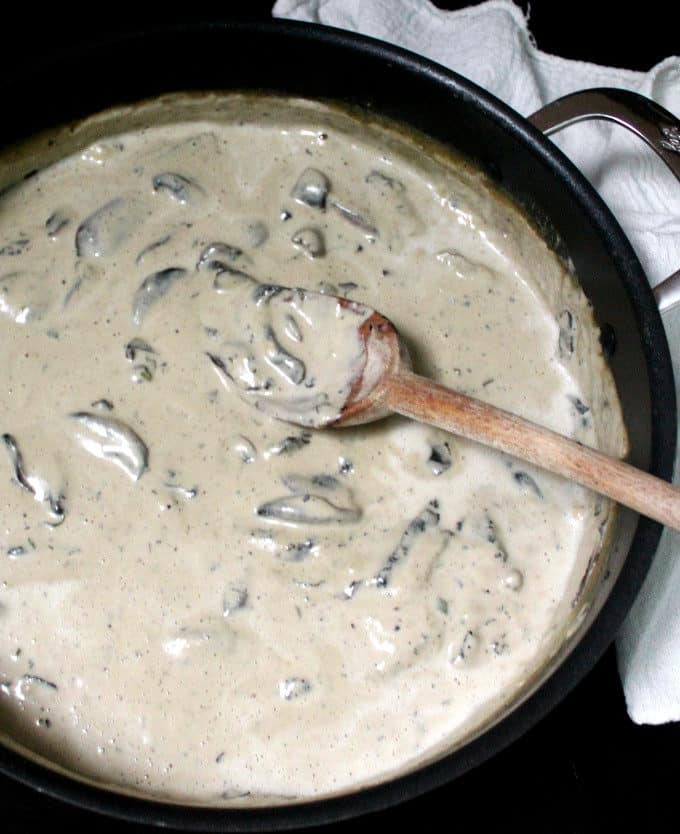 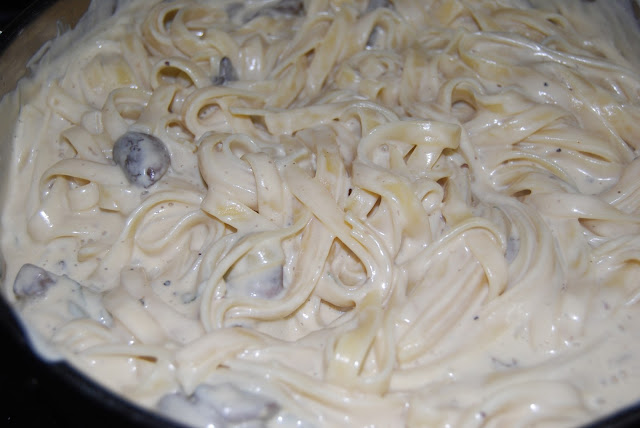 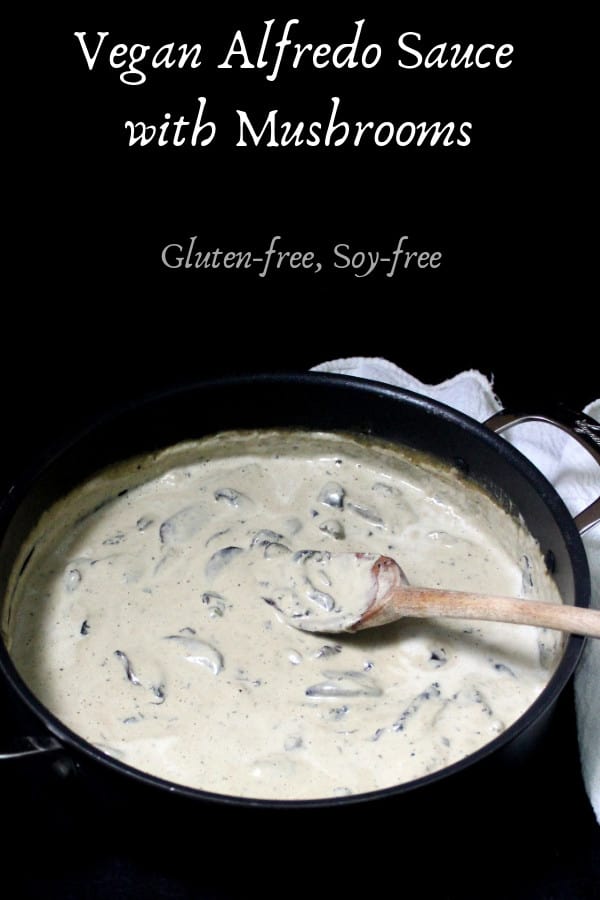