Jump to Recipe Print Recipe
Doro Wat is a spicy, highly aromatic stew from Ethiopia. For my vegan version, I stick with tradition to use the two flavor bases -- berbere spice mix and niter kibbeh -- but use "meaty" vegetables instead of the traditional meat. Vegan, nut-free, gluten-free. 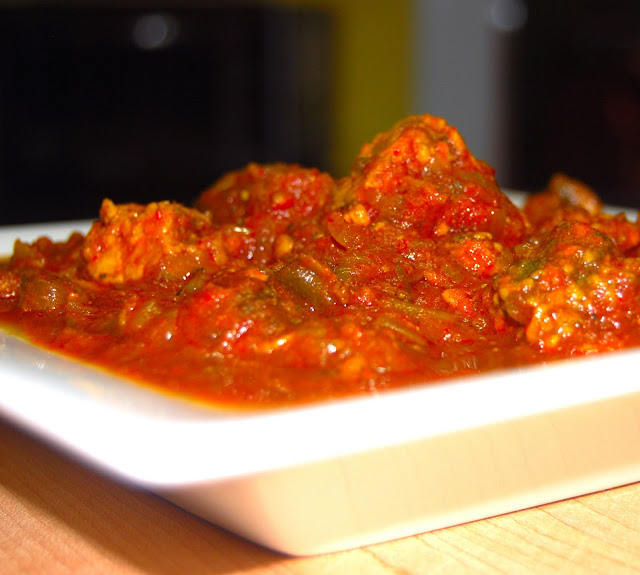 My vegan version of the classic Ethiopian favorite Doro Wat is a labor of love unlike the more minimalist recipes I've shared recently. It took me upwards of two hours to put together which, to a speed-seeking cook like me, is an eternity and an indulgence.

But this is an indulgence I had long craved. There's something about the very look of this ravishing, flaming-red dish that stokes my appetite. Doro Wat is often called Ethiopia's national dish and just inhaling its spice-rich aroma reveals just why it's so popular. Traditionally it's made with chicken, but it's not a hard dish to veganize because all those spices and flavors in there are perfect with "meaty" vegetables like mushrooms or eggplants. 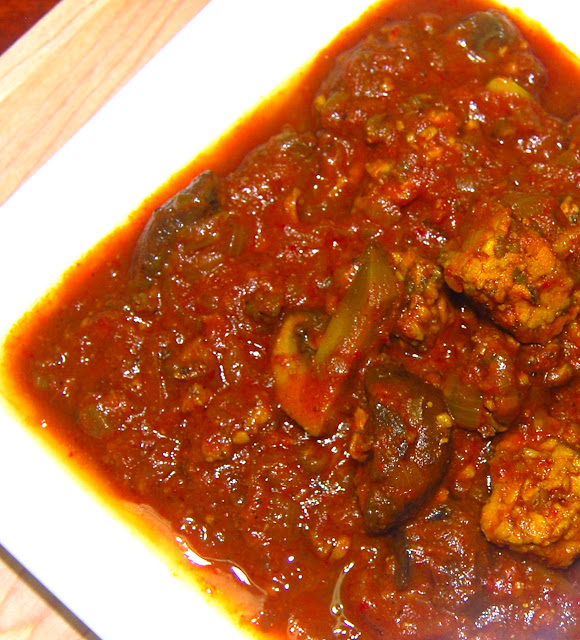 Cooking Ethiopian food is always a pleasant revelation to me, both as a cook and as someone who primarily cooks Indian food. That's because Ethiopian cuisine couldn't be more similar to Indian cuisine in its use of spices, yet it couldn't be more different in technique, and the end results are worlds apart. To put it more simply, an Indian curry contains a lot of the same spices and ingredients that a Doro Wat does, but because you cook them so differently they taste vastly different.

Doro Wat has two flavor building blocks: niter kibbeh, which is butter spiced with garlic, cloves, cardamom and cinnamon, and berbere, a powdered mix of chillies and more spices (there are paste versions of this too). For the niter kibbeh, I swapped the butter with some heart-healthy olive oil. Don't try to take a short cut and leave out either the niter kibbeh or the berbere because your Doro Wat will then taste like its missing something, which is never a kind thing to do to your tastebuds.

The most tedious part of this recipe was, to me, roasting a pile of onions to a rich brown color with the help of nothing but a little water-- it took over an hour. I  toned down the heat in this dish because Desi, despite his Indian tastebuds, cannot tolerate too much chilli. If you are a heat-seeker, go ahead and use more red chillies.

Here's the recipe, just in time for your weekend. Enjoy, all! 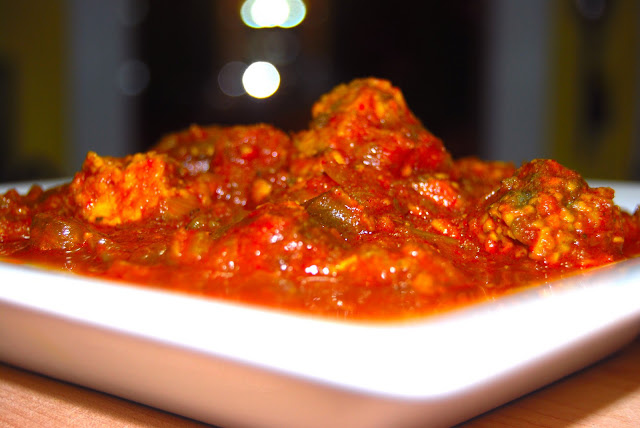 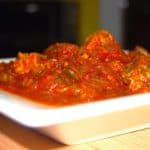