Vegan Orange Cupcakes with the addictive flavor of orange and a soft, cloud-like orange buttercream.

These vegan orange cupcakes with orange buttercream are so delicious, you might want to devour them all at one setting. Better still, once the optional booze inside of them gets to work, you probably won't even feel any guilt. 😉

The buttercream is soft and fluffy and perfectly flavored with even more orange.

I added some Triple Sec, an orange-flavored liqueur, to these orange cupcakes because they give it just that tiny bit of je ne sais quoi...that hint of tantalizing mystery any cook loves in a recipe. You can just as easily leave it out, though, and use more orange juice instead.

I added the Triple Sec to the vegan buttercream frosting as well, and it was wonderful.

Make these vegan desserts next: 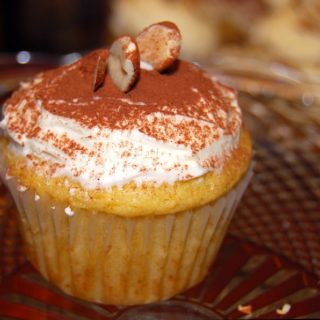 For the orange buttercream frosting