My Spinach Cashew Ricotta Dumplings are a vegan take on gnocchi verde, a pasta made with flour, spinach, and ricotta. Serve these with a vibrant marinara sauce for a healthy, happy meal. 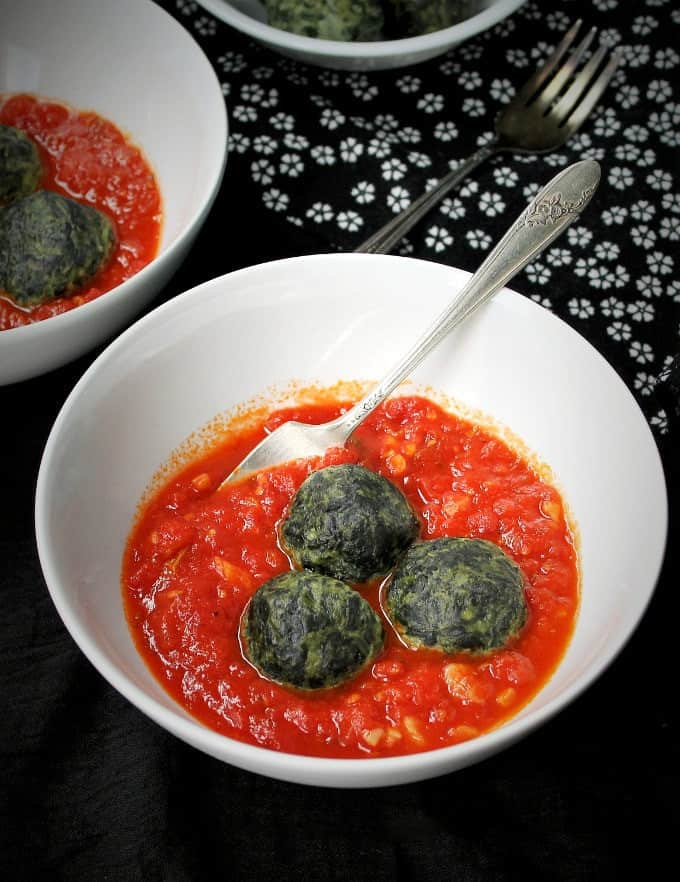 I used to not be a fan of marinara until I came upon Julia Moskin's simple -- and rather genius -- recipe in the New York Times. Her marinara, which I follow almost exactly, is rich, full-bodied, and so good that even Jay loves it, and if you have a kid to feed, you know that's not an easy standard to meet. 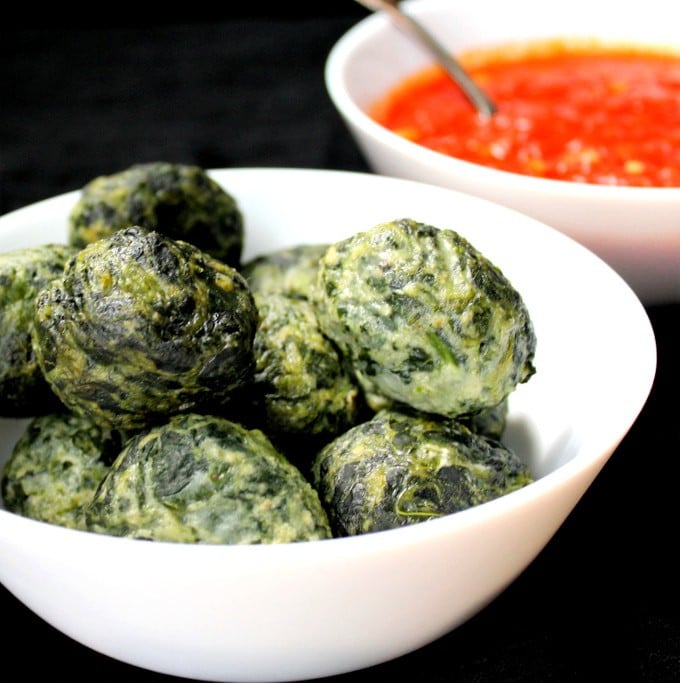 I have used it in other recipes in the past (it is especially good in these vegan pizza rolls), but I think this sauce is simply bliss paired with my Spinach Cashew Ricotta Dumplings, or gnocchi verde.

I enjoy making gnocchi every once in a while, and it is not as time consuming as you might think. In this recipe, for instance, you need to blend some cashews and cook the spinach until it's tender-- a few minutes' job, if that -- and you are pretty much done. The dumplings are very flavorful, and it's hard to believe that all you really need to flavor them is a smidgen of nutmeg. 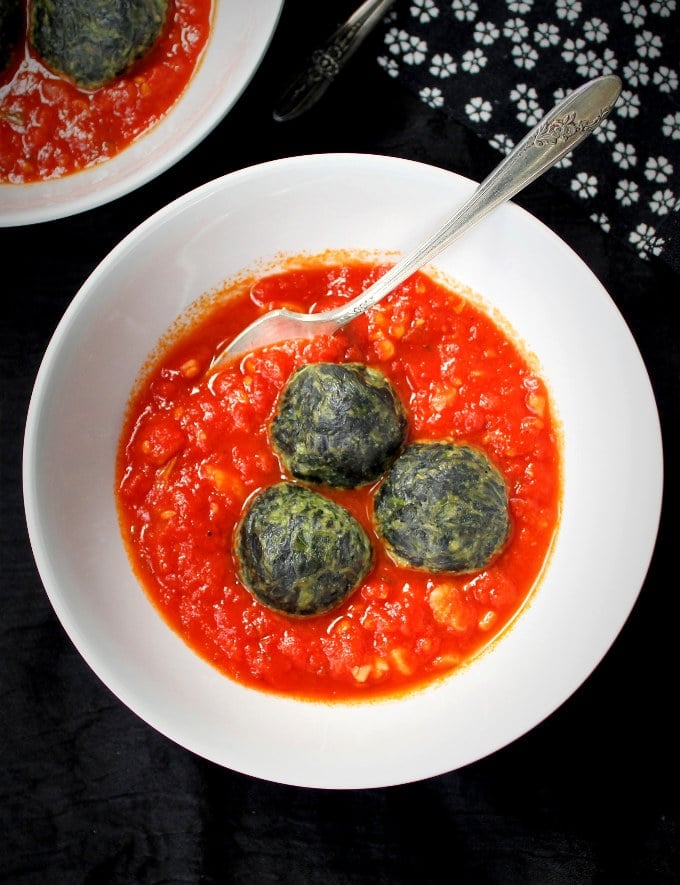 What really endears this dish to the speed-loving cook in me is that I can use frozen spinach, which I nearly always have in my freezer. The rest is pantry ingredients: cashews, flour, and canned San Marzano tomatoes for the marinara. You don't need a gnocchi board or even a fork to shape the spinach cashew ricotta dumplings, your hands will do just fine, thank you.

Now, let's make that gnocchi and marinara. I can't wait to eat! 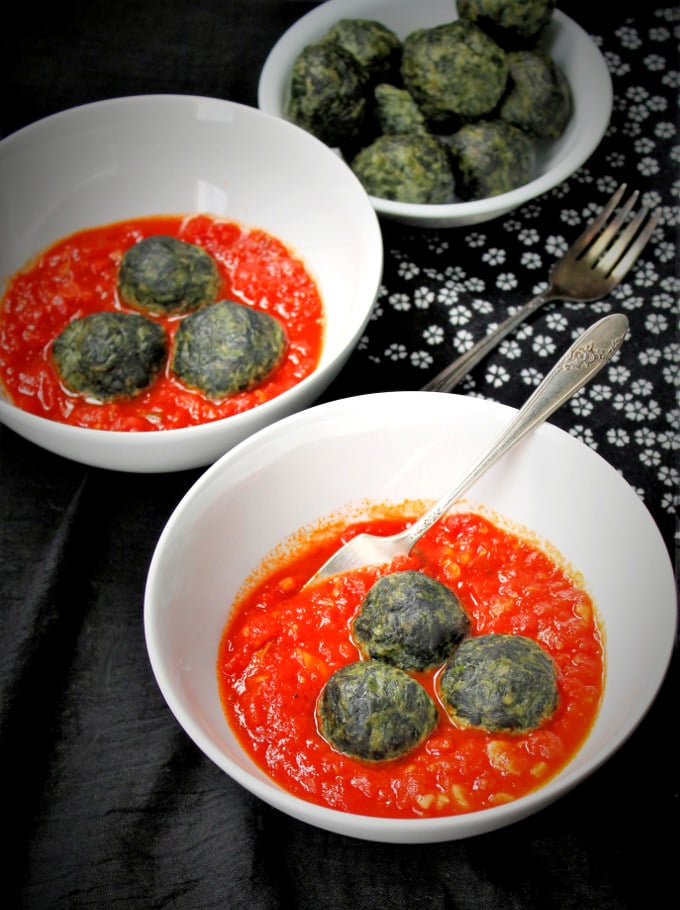 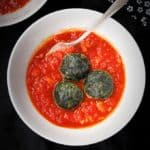 For the spinach cashew ricotta dumplings: 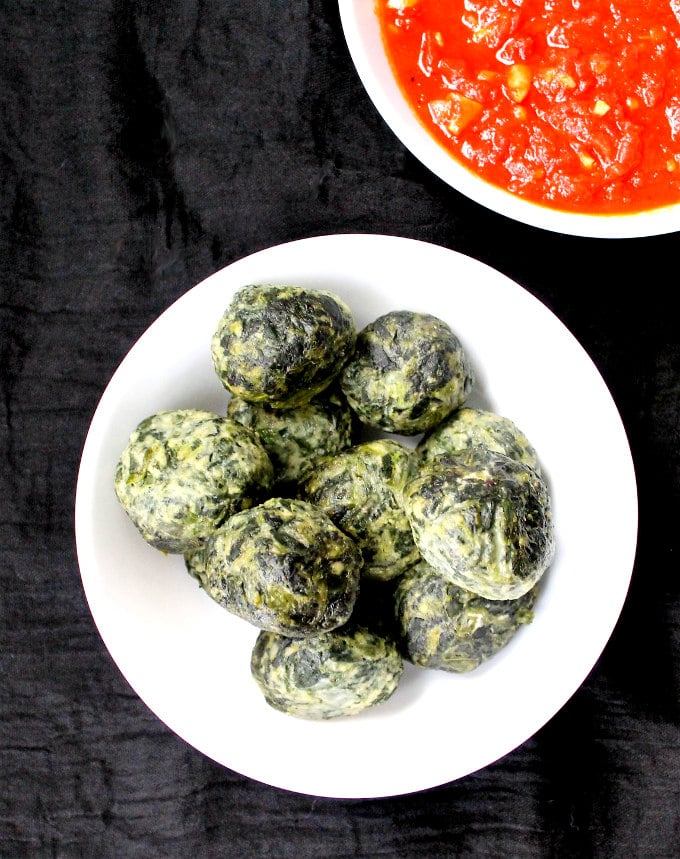 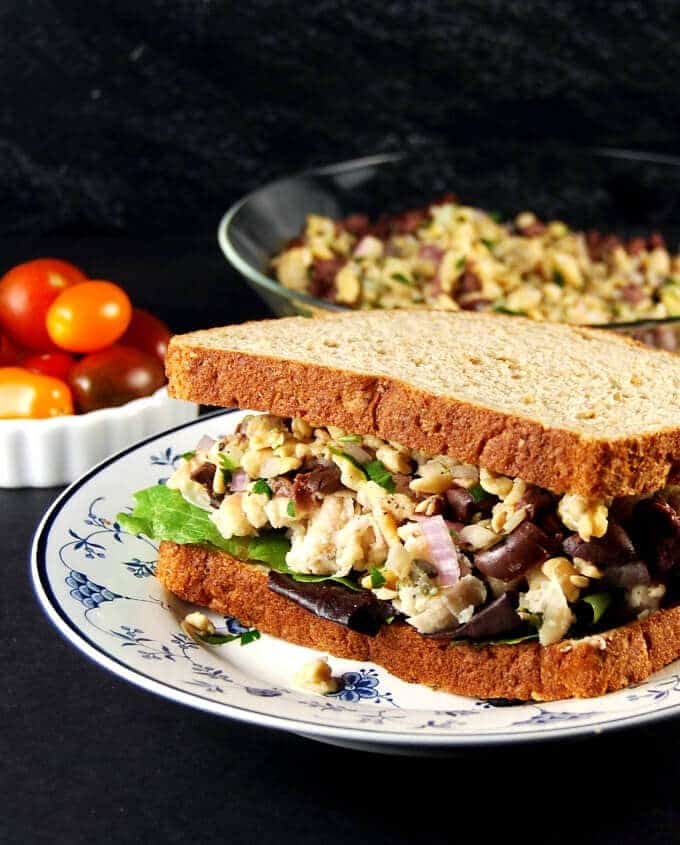 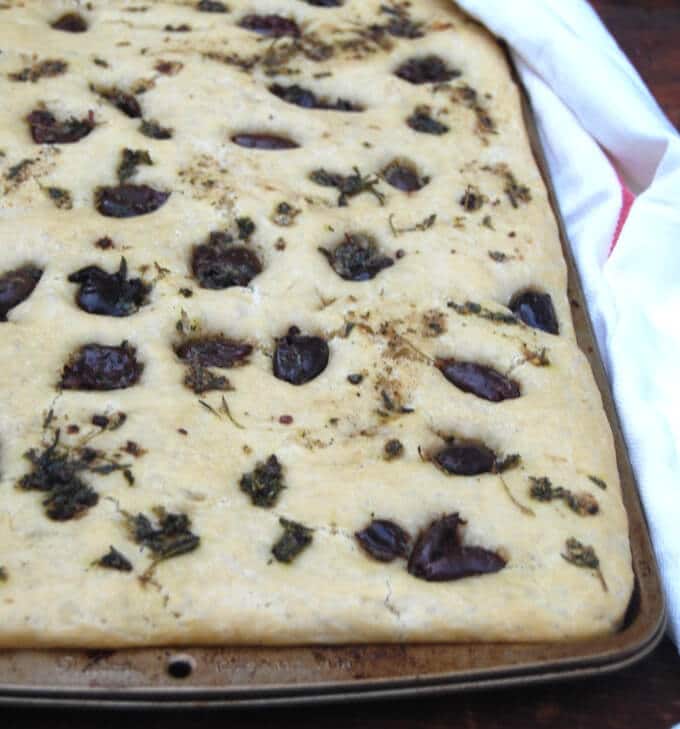 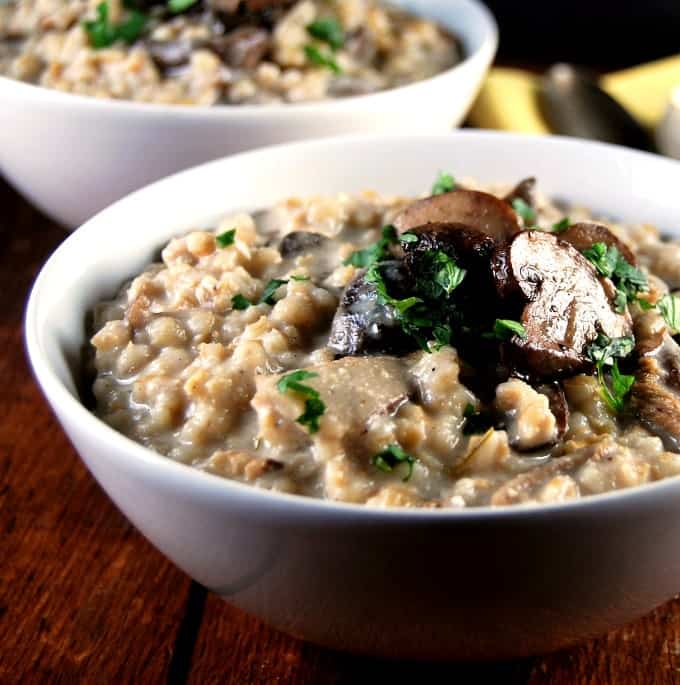